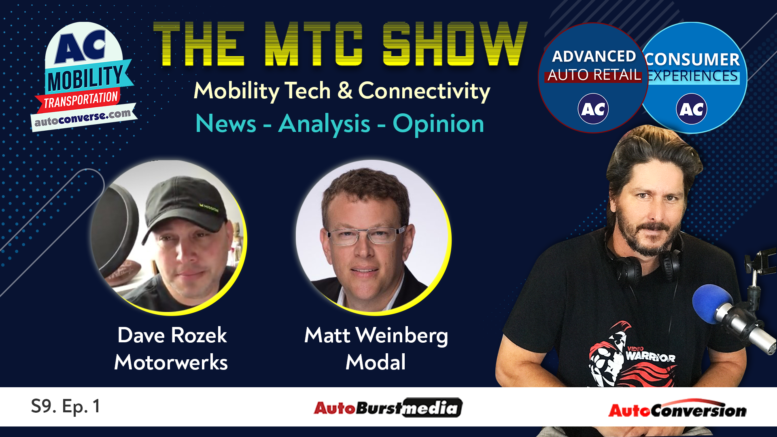 In a year that many had prophesied but few could have predicted, 2020 may forever be remembered as the year that killed retail. Small local retail business that is, such as restaurants and specialty shops. Other forms of retail, such as bog box corporate America, appear to have thrived in 2020, not excluding automotive retail.

In fact, word on the street is that auto retailers are projected to see record profits in 2020.

These profits are not due to car sales, though. We have brought this up in recent episodes. They are because of the margins dealers are seeing as a result of steady demand and shrinking supply.

Auto makers stopped making cars early on in the coronavirus pandemic, which had a significant impact, for certain. Other factors include things such as less air travel, fewer car rentals, a dip in ride sharing and work commutes.

Through this time, covid forced restrictions and protocols that have possibly forever changed the way automotive consumers and retailers interact. And purchasing a vehicle is becoming more efficient than ever before.

According to a recent industry study, 63% of people who bought a car between April and August said the process was faster than before and one-third of all vehicle transactions occurred in under an hour.

That’s a great indicator of progress. And I am not surprised by this. We have been talking about improving the car buying experience for a good decade now.

The pandemic has accelerated some of these ideas and best practices. Naturally some will stick around and others will not. And surely old habits will show their faces now and again.

In our first episode of 2021 and Season 9 of the MTC Show, we explore the big shift in retail for Americans and for car dealers, from technology to the consumer experience . Our guest interview features a passionate executive with an automotive e-commerce software provider, and our panelists for the discussion include an e-commerce manager from a luxury auto group and sales executive from an automotive SaaS provider.

Our featured guest interview this episode is Matt Weinberg. As Senior Vice President of Consumer Experience at Modal, the aforementioned automotive e-commerce platform formerly known as Drive Motors, Weinberg spends most of his time thinking about car sales and how to help the car dealer.

Matt joins us on the heels of and to discuss his company’s latest development of securing last month a $15M round of Series A funding led by automaker Honda.

For our discussion panel this week the themes are Advanced Auto Retail and Consumer Experience.

Segment A. Advanced Auto Retail – In this segment we evaluate the shift in technology and the use of it as part of the auto shopping experience.

Segment B. Consumer Experience – In this segment we discuss consumer behavior trends in auto shopping.

Joining us this week on the panel are Micah Birkholz from Vistadash, David Rozek from Chicagoland luxury auto retailer Motorwerks, and Matt Weinberg from Modal.

Amazon CEO Jeff Bezos heralded progress on the development of the rocket engine that’s destined for use on the lunar lander that his Blue Origin space venture is building — but he also offered a glimpse into his crystal ball for future moon missions.

“This is the engine that will take the first woman to the surface of the moon,” he wrote in an Instagram posting about the hydrogen-fueled BE-7 engine.

A Mustang as the most important new green car of the year? That seems to be the case with Green Car Reports. While not the cliched Tesla killer, the all-new EV it’s definitely in the sweet spot for many Americans who want an electric car but just don’t see themselves in a Tesla. It has charm, and yet it’s hard to find serious flaws—truly an unusual combination in the world of cars.

GM May build more Hummer EVs due to overwhelming response

GM appears to have a hit on its hands with the Edition 1 of the Hummer EV pickup truck, and may build more to meet demand. The Hummer EV Edition 1 is a limited edition model that was available for preorder in October. It was already wildly popular. It sold out in 10 minutes and the company said they had enough orders for it to fulfill their first year of production currently.

German luxury carmaker BMW is planning to step up its production of electric vehicles. The automaker is accelerating the transition in the short term by a quarter-million more cars. BMW wants roughly every fifth car it sells to be powered by an electric motor by 2023, compared to about 8% this year.

Big news for the automotive landscape as Italian-American automaker Fiat Chrysler Automobiles and France’s PSA Group received the green light from shareholders to create Stellantis, a merged automaker that will soon become the fourth largest automaker in the world.

The two automakers first came to the table to announce their intention to merge operations back in 2019 and agreed the deal, if regulatory bodies and shareholders approved it, would close in the early part of 2021. That date is set for Jan. 16 for a final merger completion, and days later, common shares of Stellantis will list on European stock exchanges and the New York Stock Exchange. Both automakers said in a joint statement stock will trade in Europe on Jan. 18 and Jan. 19 in the US.

UAW President Rory Gamble is encouraging union members to get vaccinations but doesn’t believe they should be mandatory, a position shared by General Motors, Ford and Fiat Chrysler Automobiles.

American Honda has led a $15 million, Series A financing round in Modal, an e-commerce platform for dealers formerly known as Drive Motors, that has seen a surge in growth this year.

Modal founder and CEO Aaron Krane said that since the onset of the coronavirus pandemic, the company has seen a “major spike” in demand, including a 700 percent increase in customers using the platform.

“In half a year, we experienced a growth rate that we’d be bragging about if it happened in two years,” Krane said.

The platform, launched Wednesday in test mode, gives customers one-on-one access to live tours of the Chevrolet lineup with product specialists. It also can create a virtual auto show experience. Chevy expects to ramp up the platform’s capabilities in the coming months to give customers access to product in the comfort of home.

Driverless delivery service Nuro has been cleared for California’s first Autonomous Vehicle Deployment Permit, meaning the company could soon launch a fleet of autonomous commercial vehicles on city streets around the state.

Nuro was first given clearance to test fully driverless vehicles in California earlier this year, but the new permit means that the company will now become the first autonomous vehicle company allowed to charge for its commercial services. According to its website, Nuro specializes in transporting local goods “quickly, safely, and affordably,” and is designed to handle “errands of all kinds — from dinner to dry cleaning.”