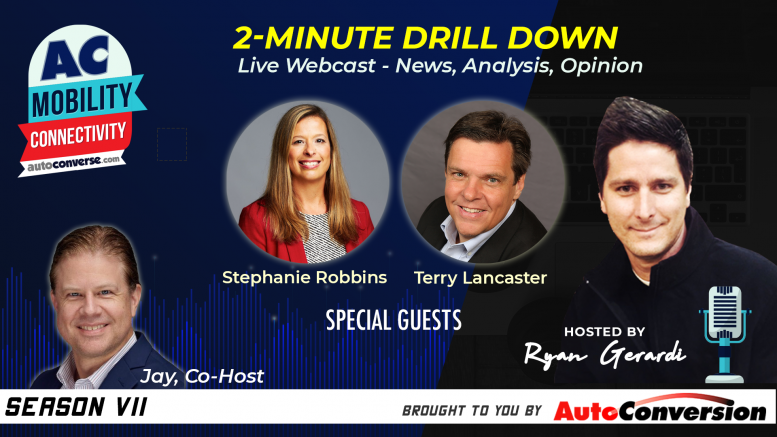 Working from home and online shopping have become the new normal and that will reduce driving in the U.S. by up to 270 billion miles a year, according to a new study.

The research conducted by consultant KPMG International finds the cocoon culture Covid-19 has created is not going away — even if a vaccine is made widely available — and that will have potentially dire consequences for the auto industry.

For starters, the decline in commuting will remove 14 million cars from U.S. roads, the KPMG study forecasts

Also on the show this week…

Wearing masks in public is our new normal. But health experts have concerns over one type they’re seeing some people wear. These are N95 respirator masks, which have a breathing valve. The air you breathe in is filtered, but the air you exhale is not, putting others at risk. That’s why one local hospital is discouraging people from wearing them when they visit.

Business travel was decimated by the pandemic. And people will only go back to flying if they think that crowded airports are truly safe again. So Pratt & Miller developed this autonomous robot to disinfect airports. They call it the LAAD, or Large Area Autonomous Disinfecting vehicle. It uses an electrostatic sprayer to spread disinfectant in the air and on surfaces that people will touch. And its sensors make sure that it completes its coverage. So far the LAAD has been tested at an airport in Grand Rapids, Michigan. But Pratt & Miller says it can be used at convention centers, shopping centers, stadiums and other large areas.

Work-From-Home Culture Will Cut Billions of Miles of Driving

Actor Antonio Sabato Jr., remembered for a congressional run and his role on “General Hospital,” announced that he is fighting back against far-left Hollywood blacklisting and exclusivism with a conservative movie studio. In true Andy Hardy fashion, he’s putting on a show — a lot of them. He has to.

“The gap between the Left Coast and the rest of our country has grown bigger than the Grand Canyon” Sabato says.