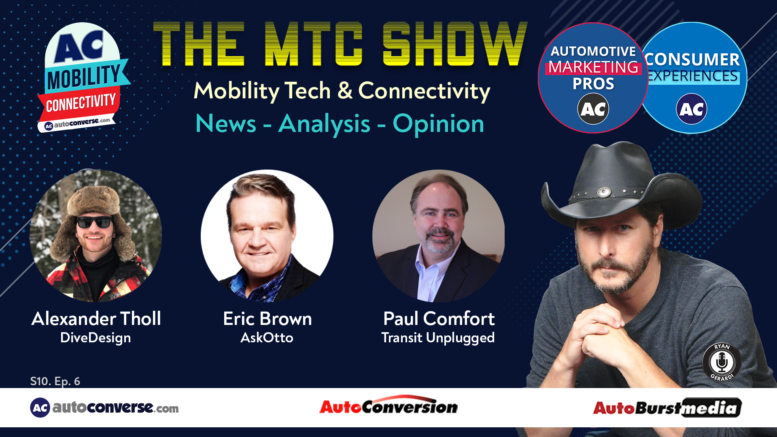 After months of negotiation, U.S. President Joe Biden has signed his $1 trillion infrastructure deal into law, which had bipartisan support. The bipartisan bill represents the nation’s biggest investment in its roads, bridges and electric grid in more than a decade. It also unleashes tens of billions of dollars of spending on climate resiliency, electric vehicles, removing lead service lines and other environmental projects.

According to Axios, the infrastructure bill will cost $1.2 trillion over eight years, and offers more than $550 billion in new spending, including:

The bill will include language regarding enforcement of unemployment insurance fraud. And it will add $256 billion in projected deficits over 10 years, according to the Congressional Budget Office. A social spending and climate package worth double that amount is still under debate by Democrats in the Senate.

Many of the things mentioned in this list, we have enjoyed covering and exploring here on AutoConverse over the years. And some we are beginning to explore even more.

For instance, the global climate “crisis” and electrification of not just cars but roads and cities, as well. These two developments in particular are tied together, but only for now hopefully. The push for “electrification” is inevitable and futile to resist (even though Toyota would like to). It’s probably what is actually best for society. We don’t need a climate crisis to justify the push for electrification. Let’s build a case for electrification based on efficiency, economics, and environment.

The same goes for sustainability and renewable energy. We know there is only a finite limited supply of fossil fuels, so sustainable energy will be necessary for humankind to survive beyond fossil fuels. Elon Musk addressed both these matters inn a few short phrases which you can see in this video.

As it turns out, there are plenty of cases for electrification and there is plenty to show for it. Beyond electric vehicles themselves, how about batteries and charging sources…

We already reported last month about Toyota building a US battery plant as part of a $3.4 billion investment into electric vehicles, and this month premier EV charging solution provider EV Connect announced recently that the company is one of the approved EV Charging partners for GM dealerships in the US & Canada. More than 600 GM dealerships have already signed up to leverage EV Connect’s charging solutions to help support the automaker’s call for electrification.

General Motors, remember, said it will install up to 40,000 electric vehicle chargers across North America as part of an ambitious plan to pour nearly $750 million into charging infrastructure that will help attract drivers to its electrified models.

Beyond automakers, the State of Michigan is developing plans for the Lake Michigan Electric Vehicle Circuit. The plan is to get enough EV charging stations into the ground to give drivers the opportunity to visit the state’s west coast in zero-emission vehicles and not worry about where they’ll be able to charge the battery. It will take time to get the chargers installed, as the big plan for 2021 is a feasibility study.

And then there is EV battery technology itself, the materials necessary for production, and the limitations of each technology, which I outline for you in this piece on Medium, Electric Batteries, Not Engines, Drive New Mobility and AutoTech.

One of my favorite stories recently was about a homeowner in Louisiana who’s community was without power for 10 days after Hurricane Ida. He had previously installed a backup battery system in his home that recharged during the day from the solar panels on his roof. The outfit cost $60k but he was able to provide emergency power to those in need nearby for 10 days.

Some would argue that every home and every building in the world let alone the US should be equipped with such technology. I can’t say I disagree, idealistically. Imagine your community powered entirely by quiet renewable energy!

Now, as the world’s carmakers and governments turn toward electrification, some stakeholders are looking to keep gas-powered engines on the road without traditional petroleum-based fuel. Porsche is candid about the limitations of synthetic fuels, and the automaker’s CEO Oliver Blume said, “Our goal is and remains electric mobility. This is the future. It must be emphasized that we do not see the use of e-fuels as an alternative, but as an addition to the all-electric drive.”

Braskem, the largest polyolefins producer in the Americas, and producer of biopolymers on an industrial scale, together with DiveDesign, partnered to develop a custom 3D printed K9 quad cart for rescue dog, “Wobbly Hannah.”

Hannah is affected by a neurological condition called cerebellar hypoplasia. This means her brain doesn’t communicate well with her body in terms of movement, balance, and coordination. The results are delayed body movements requiring her to have an assistive device to move around. Due to her size and body movements, most of the shelf cart solutions simply wouldn’t work, they were not able to support Hannah properly, were too large or would tip over during use. Owner Cassidy, fed up with her limited options, reached out to DiveDesign to create a better solution.

In this episode, we meet with DiveDesign Co-Founder Alexander Tholl who joins us to talk about this breakthrough innovation for Wobbly Hannah and how his company is helping keep pets mobile with 3D printed prosthetics.

Build Rewards as You Shop for a Car

Also on this episode we welcome back inSearchX Founder Eric Brown, purveyor of the car shopping service AskOtto, which – full disclaimer – is a sponsor of AutoConverse, and actually rewards shoppers for engaging with car ads by local auto retailers on the network.

That’s right! With AskOtto you build rewards as you shop. Plus, AskOtto recommends exclusive offers based on your needs, you can ask questions on cars you like and still protect your personal contact information. You can even set your price. Who knew that car shopping could be easy and rewarding.

Facebook Shutting Down Facial Recognition
BigTech oligarch is shutting down its facial recognition system, which automatically identifies users in photos and videos, citing growing societal concerns about the use of such technology. “Regulators are still in the process of providing a clear set of rules governing its use,” Jerome Pesenti, vice president of artificial intelligence at Facebook, wrote in a blog post. “Amid this ongoing uncertainty, we believe that limiting the use of facial recognition to a narrow set of use cases is appropriate.” (Reuters)

7 Ways Biden’s Infrastructure Bill Could Change Your Future Car
The Infrastructure Investment and Jobs Act includes a number of provisions to improve vehicle safety—and it could finally get us better headlights. Here are 7 ways the bill could change your future car. (Car and Driver)

Tesla To Source Over $1B Worth Of Key Battery Materials From Australia Each Year
Tesla expects to spend more than $1 billion annually over the next few years to source key battery materials from Australia due to its reliable mining industry and responsible production practices. Like its rivals, Tesla is rushing to develop supply chains and secure raw materials for its electric vehicle batteries. The automaker already sources three-quarters of lithium and over a third of its nickel feedstock from the mineral rich Australia. Tesla CEO Elon Musk has previously said it plans to move away from batteries with nickel cathode due to supply constraints, forcing the company to shift its standard-range EV models to iron cathode. (Business Insider)

Ford and Redwood Materials Team for Battery RecyclingFord has announced that it has teamed up with a company called Redwood Materials. The tie up will create a closed-loop battery recycling program for the US supply chain. In the long term, the two companies will work on a process to collect and disassemble batteries. (Slash Gear)

Faux Fuel: Can Chemistry Save Internal Combustion?
As the world’s carmakers and governments turn toward electrification amid ever-dire climate predictions, some stakeholders are looking to keep gas-powered engines on the road without traditional petroleum-based fuel. Porsche is candid about the limitations of synthetic fuels. In announcing the plant, Porsche CEO Oliver Blume said: “Our goal is and remains electric mobility. This is the future. It must be emphasized that we do not see the use of e-fuels as an alternative, but as an addition to the all-electric drive.” (Car and Driver)

4-Year EcoCAR EV Challenge to Kick Off in 2022
U.S. Department of Energy, General Motors and MathWorks Announce the EcoCAR EV Challenge which will kick-off in fall of 2022, and is now accepting applications from universities with ABET-accredited engineering programs. Teams will have four years to design and engineer a next generation battery electric vehicle that utilizes automation and vehicle-to-everything connectivity to implement energy efficient and customer-appealing features. Teams will follow a real-world vehicle development process to meet rigorous technical milestones throughout the program and will compete head-to-head with other teams in annual competition finals, with the series culminating in the summer of 2026. (PR Newswire)

Verizon, Nissan connect for car safety using MEC
Verizon and Nissan North America’s Research and Advanced Engineering team completed a proof-of-concept showing how sensor data from vehicles and surrounding infrastructure could be processed at the edge of Verizon’s wireless network to help guide drivers in near real time. (Fierce Wireless)

Rolls-Royce, Boeing & World Energy Further Demonstrate the Viability of Green Aviation Fuel
Rolls-Royce announced it had successfully test flown one of its Trent 1000 turbofan engines, using only 100% sustainable aviation fuel (SAF). The Trent engine was fitted to Rolls-Royce’s own Boeing 747 flying testbed aircraft. The other three engines mounted on the aircraft were Rolls-Royce RB211s, which used conventional jet fuel. Boeing assisted with technical assistance and oversight regarding the modifications required for the flight test, as well as with aircraft systems assurance. US enterprise World Energy, which is the world’s first (and the only US) commercial scale SAF producer, provided the fuel. (Engineering News)

GM’s newest vehicle: Off-road, self-driving rover for moon
General Motors is teaming up with Lockheed Martin to produce the ultimate off-road, self-driving, electric vehicles — for the moon. The project is still in the early stages and has yet to score any NASA money. But the goal is to design light yet rugged vehicles that will travel farther and faster than the lunar rovers that carried NASA’s Apollo astronauts in the early 1970s. Their initial rovers will be designed to carry two astronauts at a time. A brief company video showed a large, open rover speeding over lunar slopes, with more headlights in the distance. (Orlando Sentinel)