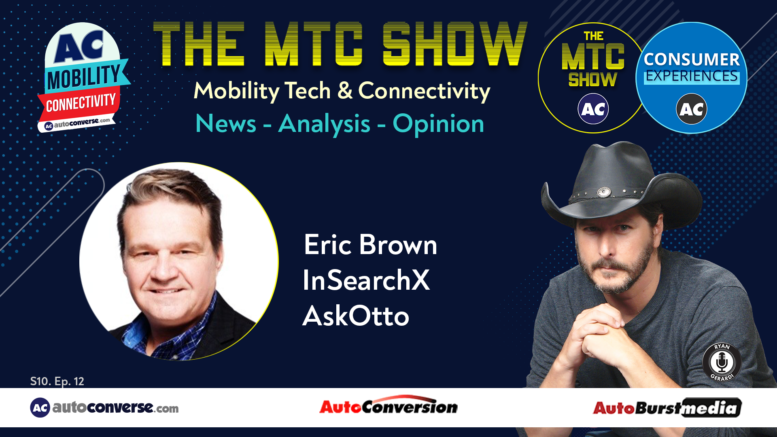 While the likelihood of a recession is not off the table, Americans from various income levels — aided by pandemic-related stimulus payments — have not emptied their savings. In fact, many have been able to save more. However, those at the lower-end of the income level are beginning to see “the effects of red-hot inflation,” according to JP Morgan Chase Bank.

With stocks and crypto currencies in a seemingly perpetual bear market, the time is ripe for those with liquidity to scoop up some unprecedented investment deals. Although maybe not for Big Social Media firms such as Snap, owner of the Snapchat app, which said it would miss its own revenue and profit targets for the year, and slow hiring. In fact, social media stocks shed a combined $180 billion in market value after Snap’s announcement.

Speaking of “perpetual,” when you want to buy a car these days, where do you go for research? Chances are, if you do not begin your quest at google.com, you will at some point go there. But no matter how you perform your research, there is one thing you can likely count on – you will have to locate inventory that meets your criteria and then go to wherever on the web those vehicles are to study and evaluate them. What if those vehicles came to you instead?

Well, as it turns out, there is a new service that is designed to do this. It’s called AskOtto and if you are a regular visitor to AutoConverse you have probably seen or heard us talking about AskOtto a few times over the last year. That’s because AskOtto is a supporting sponsor of AutoConverse, and we support advancing technology that influences how we are connected and the way we get around.

Did you know that 50% of searches today are done by voice, and 30% are done without a screen present? In these instances, content is presented on your device in the form of a custom page or voice transcription, and that touchpoint is the only means to respond to these searches. This is more efficient than scrolling through search results trying to locate a perfect match.

In fact, even when you conduct a traditional search on a dealer’s website, you are only 50% likely to scroll the search results page for a vehicle. So, even if a vehicle that matches the criteria you specify exists in a dealer’s inventory, you are only fifty-percent likely to locate it.

With all the artificial intelligence and machine learning we have available to us today, you would think that failing to locate existing inventory would be a thing of the past. But it’s not. Matching vehicles are being overlooked – all the time.

AskOtto removes the requirement that you – the consumer, and the vehicle be present at the same time on a dealer’s website. With AskOtto, which uses perpetual search, you can receive updated vehicle recommendations as dealer inventories update.

In this week’s MTC Show, we welcome back the purveyor of AskOtto to discuss these innovations in online shopping and how you – the consumer, can expect to start seeing more online shopping conducted with such technology. We also will be looking at the latest headlines related to how we are connected and the way we get around.

Eric Brown is Founder of InSearchX and the purveyor of AskOtto. He is a Senior Executive with extensive experience in building high-growth companies in media, internet technology, health care, and automotive verticals. Experience includes building from the ground up for angel backed start ups or re-engineering acquisitions of international Fortune 100 companies for optimum performance and revenue growth. Visit Eric on LinkedIn.

Detroit Three automakers reinstate mask mandate at some Michigan facilities
The Detroit Three automakers said in early March they would allow auto workers to stop wearing masks at workplaces where U.S. health officials said it was safe to do so. But not six counties in southeastern Michigan are again listed by the CDC as having high COVID-19 levels. The CDC recommends wearing masks indoors in public settings in those counties. Ford said it was temporarily reinstating a face mask requirement at all of its plants located in areas deemed high-risk by the CDC.(SOURCE)

Apple Is Working on a Hardware Subscription Service for iPhones
Apple is working on a subscription service for the iPhone and other hardware products, a move that could make device ownership similar to paying a monthly app fee. Adopting hardware subscriptions, akin to an auto-leasing program, would be a major strategy shift for a company that has generally sold devices at full cost outright, sometimes through installments or with carrier subsidies. It could help Apple generate more revenue and make it easier for consumers to stomach spending thousands of dollars on new devices. (SOURCE)

Southwest is upgrading its planes with faster Wi-Fi
Southwest Airlines said it will spend more than $2 billion on improved passenger amenities like bigger overhead bins, faster internet and power outlets “in every seat,” in an effort to woo travelers as bookings rebound. Planned improvements include bigger overhead bins and faster Wi-Fi. Southwest also plans to offer new in-seat power so passengers can charge their devices.

SpaceX inks 1st deal to provide Starlink internet service on planes
SpaceX just secured its first deal to provide inflight internet service on airplanes using its Starlink constellation of broadband satellites. The service will be available later this year to customers of JSX, a charter airline company that plans to equip 100 planes with Starlink-provided inflight Wi-Fi. JSX declined to disclose the value of the contract.

Volkswagen, BP could expand e-car charging alliance to other regions
Volkswagen and BP plan to deepen their electric charging partnership and expand it to other regions and technologies. The comments reflect increasing efforts by carmakers and energy companies to expand charging infrastructure for electric vehicles and tackle the issue of range anxiety – or concern about adequate energy storage – that’s still weighing on demand. To tackle the problem, both groups plan to jointly install 8,000 fast-charging spots across Europe by 2024 for battery-powered vehicles in a deal that will see BP putting up mobile chargers produced by VW at its network of petrol stations.

Rivian CEO Warns of Looming Electric-Vehicle Battery Shortage
Rivian Automotive Chief Executive RJ Scaringe is warning the auto industry could soon face a shortage of battery supplies for electric vehicles — a challenge that he says could surpass the current computer-chip shortage. Scaringe said the world’s cell production combined represents under 10% of what is needed in 10 years, and that “90% to 95% of the supply chain does not exist”. The CEO’s comments are the latest alarm bell to go off across both the auto and battery sectors. Elon Musk tweeted in April that lithium prices have “gone to insane levels” and that Tesla “might actually have to get into the mining & refining directly at scale.”

Ford unloads another 7 million shares in EV startup Rivian for $188.2 million
Ford has unloaded another 7 million shares of electric-vehicle startup Rivian Automotive’s stock. Ford sold the 7 million shares for $26.88 each, for a total of roughly $188.2 million. Ford’s move followed the end of the insider lockup for Rivian’s stock after the startup’s IPO, which was the largest IPO of the year and raised about $12 billion. Year-to-date, Rivian’s stock is down approximately 75%. The stock was trading down Monday after opening at $26.47 per share. Ford, which invested $1.2 billion in the startup, reported a $3.1 billion net loss in the first quarter that it attributed to a $5.4 billion loss on its investment.

Gucci stores to accept cryptocurrencies in US
Italian luxury brand Gucci will start accepting payments in cryptocurrencies in some of its stores in America. Gucci, owned by France’s Kering, joins a growing number of companies that have started to accept virtual currencies. Customers will be able to pay using a number of cryptocurrencies, including Bitcoin, Ethereum and Litecoin. The firm said it will also take payments in Shiba Inu and Dogecoin – a so-called “meme” cryptocurrency that was originally created as a joke. The service will be rolled out later this month at some of its flagship outlets, including Rodeo Drive in Los Angeles and New York’s Wooster Street.

The Mobility Tech & Connectivity Show is a live streaming webcast that features news, analysis, and opinions from Host Ryan Gerardi and special guests from companies and industries that influence how we are CONNECTED and the way we GET AROUND. The live stream airs monthly on the AutoConverse YouTube channel and serves as a recording session for the AutoConverse podcast which features weekly episodes and conversations from the show.