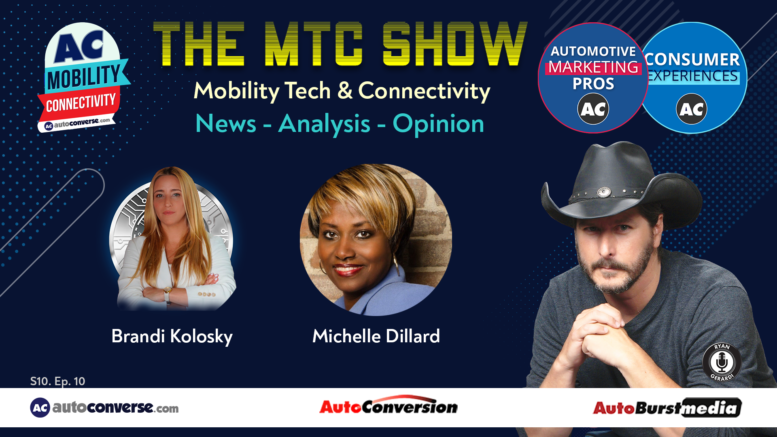 Women in science, technology, engineering, and mathematics (STEM) is often framed as a burgeoning field but the fact is, women have been making a huge impact in STEM fields for generations. To celebrate National Women’s History Month, we are highlighting just a few of the women who have helped shape the tech world and those who are also helping to guide us into the future.

Ada Lovelace was the daughter of the famous poet Lord Byron, though he was not active in her life. Raised primarily by her maternal grandparents, Ada became interested in mathematics at a young age. Her connections with Victorian elite led to her introduction to Charles Babbage in 1833. Babbage is known for working on his “Analytical Engine”, a machine that resembled – and is often referred to as the first – modern computers. Lovelace worked with Babbage to develop his machine and, more importantly, to explain it to the British scientific community. Her notes and work on the project led to her being referred to as the world’s first computer programmer.

Radia Perlman is best known for inventing the algorithm behind the Spanning Tree Protocol (STP), which was pivotal in the development of the modern Internet. She went on to create several other networking protocols which have further helped to shape and influence our modern day Internet. Perlman continues working with internet protocols and security with Dell EMC.

Dubbed ‘The Female Elon Musk’, Livia Cevolini is the founder of Energica Motor Company. Energica is based in the Italian “Motor Valley”, home to automotive greats Lamborghini, Maserati, Ferrari, and Ducati. Energica manufactures high-performance electric motorcycles. Cevolini is outspoken about the challenges she faced as a woman in a male dominated industry. At college, Cevolini said her professors didn’t expect much from the women in class and she used those low expectations as motivation to deliver her best efforts. Upon graduation, she was in the top of her class. As the CEO of Energica, Cevolini has not only helped to shape the future of EVs, she was named a Board Member Advisor for Ride Vision, an Isreali startup that uses AI to warn motorcyclists about potential threats in real time.

With March being Women’s History Month, we have assembled a special MTC Show in honor of this duly warranted national celebration.

For starters, we are welcoming V/O artist Michelle Dillard, actor and playwright. As a voiceover artist, Michelle offers voiceover services for video projects, commercials, tv and radio spots, audio books and more. But Michelle is more than a V/O artist. She also runs a ministry for women called, Until You’ve Walked In Her Shoes and she runs a podcast on Clubhouse called Sistahs Helping Sisters.

As Chief Growth Officer at Plensy, Brandi Kolosky is on a mission to transform the traditional financial ecosystem with her company’s patent-pending DeFi lending points system. Brandi is passionate about the market meeting the challenges of today’s customers, instead of remaining mired in the traditional forms of credit ratings.

And on the Panel for discussion we welcome Kelly Saunders who helps educate consumers on the process of buying a car through her consulting business Kelly Sells Cars where she is out to change the negative stigma of buying a car and providing an excellent automotive acquisition experience. She also offers a Masterclass that provides negotiation tips and best practices when acquiring a vehicle from the dealership.

Toyota to suspend output in Japan after supplier hit by cyberattack
Toyota said it will suspend all domestic factory operations losing around 13,000 cars after a company supplying plastic parts and electronic components was hit by a suspected cyberattack. The attack comes just after Japan joined Western allies in clamping down on Russia due to its invasion of Ukraine, although it was not clear if the attack was at all related. A spokesperson at the supplier said it appeared to be some kind of cyberattack. A spokesperson from Toyota described it as a “supplier system failure.”

JPMorgan bets metaverse is a $1 trillion yearly opportunity as it becomes first bank to open in virtual world
JPMorgan Chase has set up shop in the Metajuku mall. The bank’s lounge features a spiral staircase, a live tiger, and an illuminated portrait of CEO Jamie Dimon. The catch? JPMorgan’s newest digs aren’t located in the real world, but in one of the world’s most popular metaverse platforms. In a recent report, the bank predicts the metaverse will become a $1 trillion market opportunity and will “infiltrate every sector in some way in the coming years.”

Elon Musk Says Tesla Accepts Dogecoin To Pay Turbochargers
Musk confirmed that the Santa Monica Supercharger will officially accept Dogecoin as a payment method, making it the first Supercharger on the Tesla Network to accept cryptocurrency as a payment method. Rayan Zohoury, founder of Tesla Console, confirmed in a tweet that just 10 minutes after the offer to accept Dogecoin, Santa Monica booster stations were full of customers. Musk responded to the offer, giving details of his plans to open dinners or go turbocharged in theaters. Customers can certainly make payments in Dogecoin against both pre-planned facilities.

Intel set to reveal ‘energy efficient’ bitcoin mining chip
Technology giant Intel is set to enter the bitcoin mining business, starting with the reveal of a new bitcoin mining “Bonanza mine” chipp at this year’s International Solid-StaTe Circuits Conference in February. For the conference itself, Intel reportedly has a presentation prepared to outline the new Bonanza Mine chip, which is described as an “ultra-low-voltage energy-efficient bitcoin mining ASIC. This is not the first time Intel has waded into the crypto world. In October, Intel announced that the company’s upcoming graphics cards would not include restrictions on cryptocurrency mining in response to plans by rival NVIDIA to make its own cards “less desirable” for Ethereum miners.

Ford and Sunrun partnering to advance home energy management using F-150 Lightning
Ford is partnering with solar company Sunrun to enhance home energy management, leveraging the onboard battery capability of the all-electric F-150 Lightning. Americans experienced the most power interruptions on record in 2020, according to the US Energy Information Administration; with F-150 Lightning, homeowners can use their truck to maintain their routines during brief or extended outages. Sunrun is the preferred installer of F-150 Lightning home charging solutions, including the 80-amp Ford Charge Station Pro and Home Integration System, which enables the F-150 Lightning to store and supply power to homes in a variety of ways. Sunrun will also offer home solar options to customers in select areas who are interested in leveraging more renewable energy.