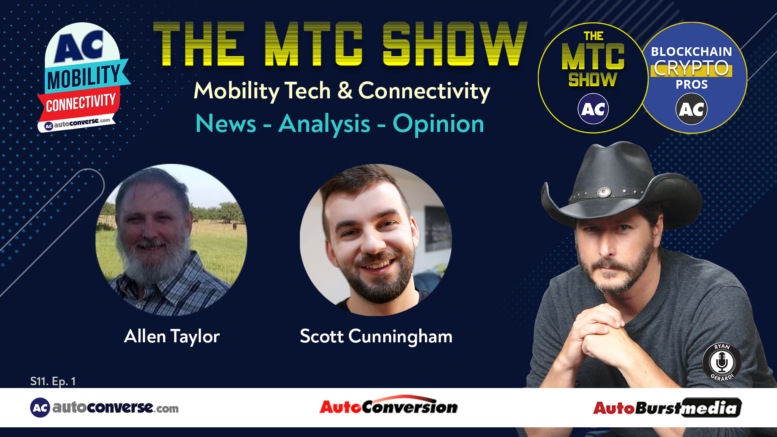 Gas prices this week are down to an average of $4.88. They were averaging 4.97 last week, and over $5 per gallon the week before. The price of oil is coming down a little bit because the people who control the price worldwide – a barrel of oil, know that Americans are reaching their limit and cutting back. They don’t want to wind up with a glut of oil. So it’s coming down a little bit, but not a lot, not significantly.

Economists say inflation is up around 7-8% annually, compared with about 1-1.5% annually when Trump was in office. But with gas prices up more than 70%, food prices up around 50%, and used car prices up at least 40% over the last year, actual inflation seems far higher than 8%.

Inflation drama is even hitting Hollywood. On-location production executives and studio operators tell The Hollywood Reporter that supply chain snarls are driving up the cost of wood and steel needed to build film and TV sets by as much as 30%. But costs have gone up for equipment “across the board,” ranging from “fuel to electrical equipment to gaffer tape.” In many cases, these higher costs are in addition to budgets already bloated by COVID-19 protective gear, testing and safety protocols, which could add an extra five to 20% in expenses.

Toyota is set to slash global production of motor vehicles due to the semiconductor shortage. The news comes as Samsung pledges to invest about $360 billion over the next five years to bolster chip production, along with other strategic sectors. Toyota said it has had to lower the production schedule by tens of thousands of units globally from the numbers it provided to suppliers at the beginning of the year. This has resulted in the suspension of manufacturing in May and June for 16 Toyota production lines in 10 plants, out of 28 lines across 14 plants, according to the company.

Airbnb: The party is over

Airbnb is permanently banning parties after temporarily doing so in August 2020 as a public health safety precaution during the pandemic. The company, which announced the codification of the ban in a blog post, last year suspended the accounts of about 6,600 users — out of 150 million — for violating the ban. Even before the pandemic, Airbnb was slowly altering the policy, banning “party houses” in 2019 after five people died during a Halloween event in Orinda, California.
Airbnb also is lifting a 16-person occupancy limit, saying there are numerous properties that can comfortably host more than 16 people.

Many retail workers have long considered their jobs thankless. But a growing number worry the occupation is becoming dangerous, too. Of assaults referred to the FBI by law enforcement from 2018 to 2020, the number taking place in grocery and convenience stores rose 63% and 75% respectively, The New York Times reports. And more than half of active-shooter attacks last year occurred at retail locations. “There is something in the air,” a Washington state Safeway worker tells the Times, citing on-edge customers. “People are angry and frustrated and take it out on workers.”

Brad Garlinghouse, CEO of Ripple, has affirmed a move outside the US if the payment giant loses the SEC vs. Ripple lawsuit. Ripple has been embroiled in a legal battle, defending its sale of XRP and the altcoin’s position as a non-security since December 2020. Analysts maintain a bullish outlook on XRP price, despite recent developments.

The US Securities and Exchange Commission slammed payment giant Ripple with a lawsuit in December 2020. Since then, the crypto community and XRP holders have closely followed the lawsuit and relevant updates. The community is awaiting a key judgment in the SEC vs. Ripple lawsuit. The CEO of Ripple recently criticized the SEC for approving Coinbase’s S-1 IPO.

Allen Taylor is Author of the new book Cryptosocial: How Cryptocurrencies Are Changing Social Media. He is the Chief Content Officer of TayloredContent.com. He is an award-winning journalist, recognized for news and headline writing, sports writing, column and editorial writing, and legal reporting.

Scott Cunningham is a cryptocurrency enthusiast and consultant. He is the host of Crypto & Things and a huge social blockchain enthusiast using what he believes to be the next level of social communication. These are Scott’s referral links for the services he uses and endorses.

SpaceX Will Now Accept Dogecoin as Payments for Merchandise
Elon Musk said that his aerospace company SpaceX will soon accept Dogecoin as a payment option for merchandise, joining Tesla. The electric vehicle company started accepting the cryptocurrency in January. Musk, a frequently vocal supporter of some cryptocurrencies, announced on Twitter, first reiterating that Tesla merch could be bought with the crypto.

US Senators propose sweeping oversight bill
Amid all of the crypto turmoil, wide-ranging bipartisan legislation would regulate cryptocurrencies and other digital assets following a series of high-profile busts and failures. The bill, called the Responsible Financial Innovation Act, proposes legal definitions of digital assets and virtual currencies; would require the IRS to adopt guidance on merchant acceptance of digital assets and charitable contributions; and would make a distinction between digital assets that are commodities or securities. It’s unclear, though, whether the bill proposed by Sens. Kirsten Gillibrand (D-NY) and Cynthia Lummis (R-WO) can clear Congress. The bill also comes as advocates for cryptocurrency have become bigger — and more free-spending — players in Washington.

Block, Blockstream, and Tesla are Collaborating to Build Sustainable Bitcoin Rig
A new Bitcoin mining facility in Texas was built in collaboration between Elon Musk’s Tesla, Adam Back’s Blockstream, and Jock Dorsey’s Block. Tesla has already delivered its four megapacks, giant battery setups, to the facility, which is meant to be an example of how one can mine cryptocurrencies via a sustainable process. The arrival of these megapacks is the first sign that the project exists for real, and it is moving ahead as planned. The megapacks are an integral part of the facility’s goal of complete carbon neutrality. It also reminds us that turning crypto mining green is not something that would be cheap. (SOURCE)