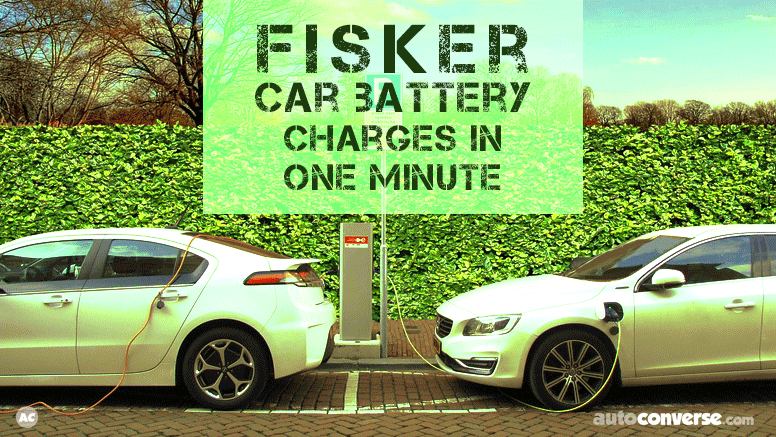 Finding new ways to increase vehicle efficiency has been a primary focus of various automakers for a few years now. Hybrid engines are one of the most well-known advancements but that isn’t the only component automakers are examining in order to improve cars.

Auto designer Henrik Fisker has turned his attention to a component that could revolutionize not only how efficient an electric car can be, but also go a long way in making the cars more accessible.

A major breakthrough for electric cars

The company has gone public with what they feel is a major breakthrough when it comes to batteries. These solid-state batteries are reported to be more reliable and a whole lot safer than their lithium-ion cell counterparts.

Fisker is currently in the process of filing for the patents needed to protect the technology but they’ve been only too happy to share the results and expectations with the public.

According to press releases from Fisker, the new battery features “three-dimensional electrodes with 2.5 times the energy density of lithium-ion batteries.” They say this advancement will make their batteries able to charge in less than a minute and then supply steady power for 500 miles.

Essentially, you’ll be able to charge your battery in less time than it currently takes to fill your gas tank.

This advancement does more than improve how efficiently a car will run, however. Currently, batteries for hybrid cars can range from $1,500 for a refurbished battery to roughly $2,500 for a new one. Fisker’s new battery could change all that since it will also be dramatically less expensive to make. Since the new battery design uses less cobalt, this drives down the price by more than half.

If it proves to be true in real-world applications, Fisker’s new battery could be a true game changer. While the company is excited and has been hyping up the latest technological advancement, they’ve made it clear we won’t see it available for mass-produced automobiles until at least 2023.