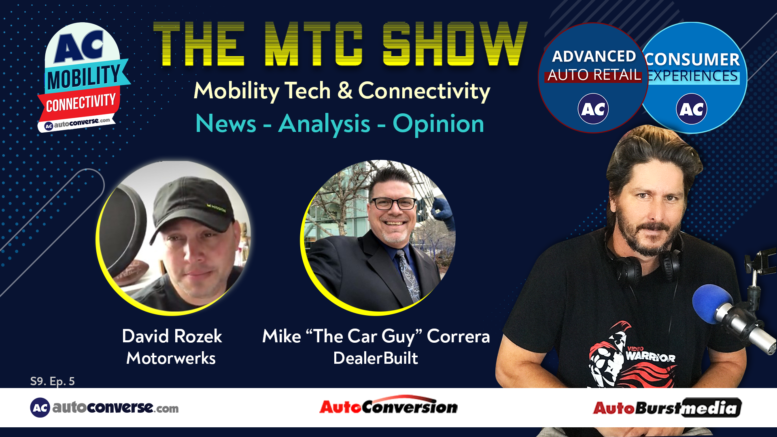 Are you ready for the EV wave? It’s coming. And resistance is futile.

With nations setting mandates as to when automakers won’t be able to sell combustion engine (CE) vehicles, the end is looming near. You could see it on TV during the Super Bowl last week.

Over the next 10 years, new CE vehicles will become less and less available. After that it may be only a matter of time before they are extinct from mass production.

On the topic of mass production, how about this chip shortage? Have you seen the headlines?

Last week on the Mobility Tech & Connectivity Show we reviewed and analyzed the automotive commercials from Super Bow LV. This week we try to understand the chip shortage and consider the impending wave of EVs coming into the market, and we meet with a Philadelphia-based Uber driver. 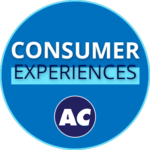 Meet Eric from Philadelphia and who runs a budding e-commerce business and drives for Uber in Philadelphia. As a listener of the show he was interested in talking about some of the things we talk about on the show and share some fun stories. 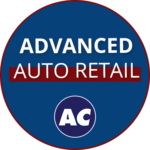 Automotive Marketing Pros David Rozek and Mike “The Car Guy” Correra join us as this week’s Dealer Advocate to explain how Google is changing the game for third-party automotive sites.

Tesla Purchases $1.5 Billion in Bitcoin — Here’s What Could Happen Next

Tesla has announced that it bought $1.5 billion in bitcoin and would start accepting the cryptocurrency as payment, according to an SEC filing. The company said it purchased the bitcoin for “more flexibility to further diversify and maximize returns on our cash.” The news makes Tesla the first automaker to accept the cryptocurrency.

Mike Novogratz, founder of Galaxy Digital, sees this as a pioneering move that other companies will adopt.

“Every company should be looking at how to accept digital currencies, digital payments as part of their business scheme. It’s not that difficult. It’s what customers want, it’s where the world is moving. And so that I think he’s getting ahead of the curve, and I think you’re going to see every company look to figure out how they could, from McDonald’s to Bojangles, you name it.”

German luxury car maker BMW has unveiled an electric sport utility vehicle (SUV) called the BMW iX, planned to go on sale in the US in early 2022 to compete with Tesla and other rivals.

BMW said the iX should have a driving range of 480km. That’s less than the estimated driving range of the Tesla Model X Long Range, which is rated almost 600km in the US. BMW said drivers would be able to add 120km of range in 10 minutes at a fast-charging station.

BMW said the iX would be comparable in size to the current BMW X5 SUV. The dashboard will be a sweeping, curved screen.
The electric iX will enter a fast-growing field of battery-powered SUVs aimed at affluent customers.

Shares of Hyundai and Kia plunged after the South Korean automakers said they were not in talks with Apple to develop self-driving cars after all.

“We are not having talks with Apple about developing self-driving cars,” Hyundai said in a statement.

The statement added that Hyundai has received requests from “numerous companies” about developing self-driving electric cars, but that “no decision has been made as we are in the beginning stage.”

The announcement jolted investors who had been betting on some kind of tie-up between the companies based on weeks of speculation and local news reports. Kia’s stock plummeted nearly 15%, its worst day since at least 2001, according to data provider Eikon Refinitiv. The fall wiped $5.4 billion off its market value. Hyundai’s stock fell 6.2%, losing about $2.8 billion in market value.

Interest from Apple in South Korea’s automakers made sense. Analysts have pointed out that Hyundai has been open to joining forces with other companies and even tech firms; it already has partnerships with Chinese search giant Baidu and US chipmaker Nvidia on autonomous driving, for example.

Volkswagen Group is conducting a feasibility study into flying cars, joining a growing number of companies looking into the potential technology.

“Beyond autonomous driving the concept of vertical mobility could be a next step to take our mobility approach into the future, especially in the Chinese market,” VW said on Tuesday.

“Therefore, we are investigating potential concepts and partners in a feasibility study to identify the possibility to industrialize this approach,” VW said.

In an interview with Volkswagen CEO Herbert Diess on Linkedin, the automaker’s China head Stephan Woellenstein said the company wanted to develop a drone that could be licensed, giving it a way to participate in this future market.

China is the world’s biggest autos market, and also accounts for the largest part of VW’s sales.