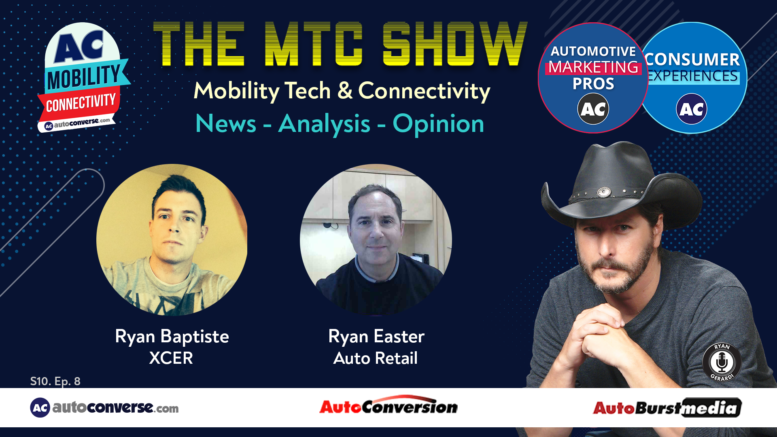 Mobile internet browsing speeds may have sped up significantly recently as mobile carriers rolled out more of their 5G service, with some delays around certain airports. In order to make room for that expansion, carriers are shutting down their 3G networks.

AT&T plans to discontinue its 3G network by Feb. 22, T-Mobile by July 1, and Verizon by the end of the year.

Commercial 3G networks first started popping up in the early 2000s and were about thirty times faster than their 2G predecessors. And at this stage only about 1% of mobile phones in consumers’ hands today deped on 3G for service.

But mobile phones aren’t the issue of concern. Automobiles are. That’s right. Cars.

The planned shutdown of outdated 3G networks will affect the connected systems of dozens of vehicle models that hit the market anytime from 2010 to as recently as 2021, in some cases, according to CNBC. We won’t get into specifics here but follow this link to CNBC for an in-depth look at which specific model vehicles are affected and how.

Even if you don’t have a 3G phone anymore (and chances are you don’t), the technology most certainly changed your life. And if your vehicle is going to be affected by the shutdown you will want to know.

On the subject of car connectivity, Ford and ADT Security are preparing to invest $100 million in a joint venture launching in early 2023 that will protect both cargo and valuables stored in both commercial and private vehicles, first with aftermarket accessories and later with systems integrated into new vehicles.

The new JV, called Canopy, will combine ADT’s professional security monitoring and Ford’s video camera technology to protect Ford vehicles and, eventually, those of other automakers.

The first Canopy products will be sold to dealerships, major retailers and online.

Last time on the MTC Show it was 2021 and we focused the show on some of the obscure headlines about blockchain technology and cryptocurrency…news items that never found their way into a show but still seemed interesting enough to get some of the spotlight.

This month on the show we go right back into the cryptoverse with a look at a Dogecoin project that had been phased out but was recently revived by a small group of individuals. It’s called Dogeparty and as the website says, “Dogeparty is a meta-layer on top of the Dogecoin (DOGE) network for new coins that foster creativity and promote social good.”

But before we do that we are first going to have an inside look at the new used car marketplace by GM called CarBravo. It will offer used-vehicle shoppers access to a nationwide inventory and an omni-channel shopping experience on a new digital retail platform.

General Manager Ryan Easter from Bob Jass Chevrolet in Illinois joins me for a discussion about CarBravo from a dealer’s perspective.

SaaS and Blockchain developer Ryan Baptiste joins us to discuss his new project – DP University for helping people be part of the Dogeparty movement.

For the discussion our guests will form the panel along with any live viewers with the private access link to the “Yard.” We will give everyone a chance to talk about the two different conversations and use the news items and topic below as conversation starters for the remainder of our time. For instructions on how to join the discussion, see sign up links below.

Beyond Cars: Hyundai Says ‘Metamobility’ Will Link Real and Virtual Worlds in the Future

Hyundai Motor envisions an interactive and partly virtual future it calls “metamobility,” where a variety of robotic devices interact with humans to provide a broad range of mobility services, from automated individual transportation to remote control of robots in “smart” factories. Hyundai expects to leverage its growing expertise in robotics and artificial intelligence to build out a future mobility network that links human beings in the real world with objects and tasks in the virtual world.

Dogecoin Price Jumps After Tesla Store Starts Accepting the Meme Coin For Some Merchandise
The price of Dogecoin jumped 11% on Friday after Elon Musk tweeted that some Tesla merchandise could now be purchased with the cryptocurrency. A Q&A section on the EV company’s online store further explains the details. “Look for the Dogecoin symbol next to the ‘order’ button for Dogecoin-eligible products,” it says, although it does not name specific items. Users who want to make a purchase with the popular meme coin can do so with their “Dogecoin wallet,” the website explains, which is basically a digital wallet that accepts DOGE. SOURCE

Tesla Owner Mines Bitcoin Ethereum With His Car
Siraj Raval has tried just about every way there is to mine for cryptocurrencies from his 2018 Tesla Model 3. He ran free bitcoin mining software on his Apple Mac mini M1 and powered the computer by plugging an inverter into the 12-volt power socket located in the center console of his car. He’s also hooked up interconnected graphics processing units or GPUs to the “frunk” of his Tesla, running these machines off the car’s internal battery. Though it risks voiding his car warranty, Raval says it’s worth it. When the price of ether peaked in 2021, he claims he was netting as much as $800 a month. CNBC

CES 2022: GM Says It Will Launch A Personal Self Driving Car By 2025
GM has said that it will launch a personal autonomous car leveraging the technology developed by its subsidiary Cruise by the middle of the decade. GM made this announcement at the CES 2022 press conference. Its CEO Mary Barra didn’t share details around what car or what type of car it will be.GM’s Cruise already has a self-driving robotaxi service in a test phase in California, but that’s classified as public transport. Crusie is also working with GM for the launch of a purpose-built autonomous car called the Origin for ride-sharing which is under a testing phase right now. Car and Bike

Ford Launches zero-carbon EV Home Charging Initiative in California
Ford announced it is launching a new sustainable charging program that allows plug-in electric vehicle owners in California to opt into carbon-neutral charging at home, reducing their carbon footprint from energy used to power their vehicles. Ford is choosing to participate in the California Air Resource Board Low Carbon Fuel Standard to offer customers a new way to help reduce greenhouse gas emissions that contribute to climate change by matching the use of electricity used to charge plug-in electric vehicles at home with 100 percent local renewable energy. SOURCE

Tesla Launches Efforts to Stop CA’s Solar Tax, Which Musk Dubs as “Anti-Environment”
With the California Public Utilities Commission potentially taking a vote on its proposed new net metering rules as early as January 27, American electric vehicle and energy company Tesla is launching a dedicated effort to stop the initiative. According to Tesla, California’s proposed rules would adversely affect the adoption of sustainable solutions, as it would disincentivize homeowners from adopting renewable energy systems like residential solar. Under California’s proposed new net metering rules (NEM 3.0), homeowners with solar panels would be paying a “grid access” fee of $8/kW of installed solar per month. This, according to Tesla, could effectively add about $50 to $80 to customers’ electric bills monthly. SOURCE