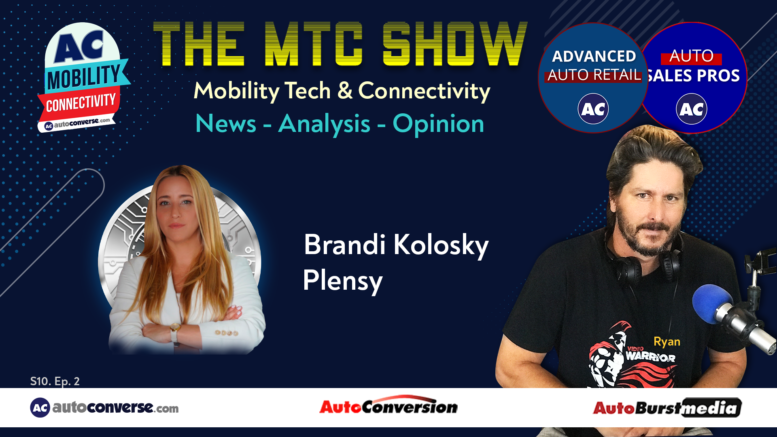 Elon Musk has pulled the plug on accepting Bitcoin for Tesla, but he’s doubling down on battery technology for his electric vehicles. Meanwhile Ford and BMW lead a $130M round of investing for the “Holy Grail” of EV battery technology for their own. Plus, can auto financing be improved and more consumer friendly?

Recently, Elon Musk announced that Tesla would stop accepting Bitcoin for payments over environmental concerns, less than two months after having his vehicle manufacturing energy company purchase $1.5B in Bitcoin stating the crypto coin would be accepted.

Could this be a reason why the cryptocurrency is tanking?

While Tesla might be hedging its bets (or just has a different long term goal) with Bitcoin, it isn’t sending any mixed signals on EV battery technology. The automaker is committed to Lithium Ferro Phosphate batteries for some of his models despite effectively all other automakers aligning with solid state Lithium-Metal technology.

More on this coming soon…

Musk’s cold feet does suggest a bigger issue when it comes to adhering to ‘how things have always been done,’ He may be backtracking from Bitcoin, but he is also associating his name with Dogecoin, a cryptocurrency that began as a joke and exceeded the market of numerous major corporations.

The fact that this is real news speaks for itself. Blockchain technology is becoming mainstream. And it’s posing threats to centralized banking systems, owned and operated by governments of nations.

We know what they, governments of nations, are capable of…and incapable of for that matter.

But blockchain doesn’t begin and end with Bitcoin. This emerging technology is one for the ages, making new ideas possible and challenging existent world models – governments, authorities, consortiums, and the likes.

Which leads us to this week’s guest on the show – Brandi Kolosky from Plensy, a patent-pending, points-based lending platform on the blockchain that seeks to disrupt the antiquated automotive lending ecosystem by offering asset-backed tokenized loans.

A Scoring Model for Today’s Consumer

Traditionally, auto lenders have utilized credit scores to qualify prospective buyers. Due to several factors, the credit scoring model disqualifies a considerable number of potential customers who could otherwise purchase cars and repay their debt.

Common issues with the current scoring system are: past romantic relationships, close names, ID theft, etc. General errors which are the responsibility of the consumer and not the credit reporting agency to identify and resolve.

Unfortunately, this hurts consumers and auto retailers alike and the result – a buyers market that is smaller than it should be.

Plensy aims to provide a solution that allows more responsible borrowers to get into vehicles, and it’s using blockchain technology to do it.

Bitcoin and Crypto Markets Crash on US Crackdown Reports

Bitcoin is experiencing a massive sell-off, shedding almost 15% in a day — the biggest intraday drop since February. The drop appears to coincide with reports that the US Treasury is planning to tackle financial institutions for money laundering carried out through digital assets.

Data website CoinMarketCap cited a blackout in China’s Xinjiang region for the fall, which allegedly powers much of Bitcoin mining — the process by which new bitcoins are entered into circulation.
Other cryptocurrencies have also plummeted.

Bitcoin prices have been up and down over the last few months as governments and regulators hone in on the sector amid rising demand.

Bitcoin saw a massive drop in valuation on Wednesday after Tesla CEO Elon Musk announced that the electronic car company would no longer accept the cryptocurrency as payment.

Musk made a statement via Twitter about how his company was “concerned” about Bitcoin’s environmental practices.

Musk praised the concept of crypto and called it a “good idea” but warned that it “cannot come at great cost to the environment.”

Bitcoin and similar cryptocurrencies have gone increasingly mainstream, but an announcement that Venmo is adding crypto support just put crypto access in the palm of everyone’s hand.

Venmo, which is owned by PayPal, said its more than 70 million customers can buy Bitcoin, Ethereum, Litecoin and Bitcoin cash for as little as $1.

Cryptocurrency can often feel confusing and inaccessible to newbies, so Venmo will offer in-app guides and videos to help answer commonly asked questions and share information about the world of crypto.

Audi confirms Function on Demand navigation subscription and other options

Audi of America introduced Function on Demand in the US for select 2021 Audi Q5, Q5 Sportback, A4, and A5 Premium and Premium Plus vehicles. Audi says Function on Demand opens up the full Audi navigation experience complete with real-life satellite view, natural speech recognition controls that learn, handwriting recognition on the touchscreen, and other services included in CARE, PRIME, and PLUS packages for the vehicle models.

The full list of features added for the MMI Navigation plus bundle with Audi connect Plus is impressive. It includes traffic information, weather, access to Twitter and yelp, fuel pricing information, and more. Basic Wi-Fi is also part of the offering, along with online media streaming.

Ford and BMW are leading a $130 million funding round in a solid-state battery startup, Solid Power, as carmakers push to lower the cost of electric vehicles by investing in the development of affordable but powerful rechargeable batteries, the companies said on Monday.

The Series B investment round, which includes venture capital firm Volta Energy Technologies, allows Solid Power to expand in-house manufacturing capabilities and positions the battery maker to eventually supply future EVs, possibly by the end of the decade according to BMW battery cell technology chief Peter Lamp. Solid Power declined to say at what level the funding round values the company.

General Motors is expanding its battery-building base. Ultium Cells LLC, a joint venture company owned by GM and LG Energy Solution, announced on April 16 that it will construct a second plant for manufacturing electric vehicle batteries. GM said the new, 2.8-million-square-foot plant will cost $2.3 billion and create 1,300 new manufacturing jobs.

The new factory will be located in Spring Hill, Tenn., where it will supply General Motors’ nearby Spring Hill assembly plant, which GM said last October would transition to produce electric-only vehicles like the latest Cadillac models.