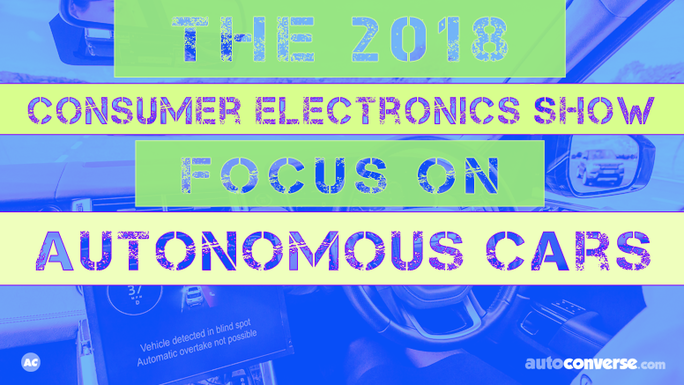 The New Year kicked off with a glimpse of the future at the Consumer Electronics Show in Las Vegas.  Autonomous vehicles and improved energy efficiency were clearly the belles of the ball at CES 2018.

Improved battery life was a major highlight at CES with Byton and Fisker taking center stage.  Both companies have made headlines recently with their promotion of batteries that could bring electric cars a bit closer to everyday reality.

While improvements in energy consumption are noteworthy, the biggest attention was garnered by the bevy of autonomous vehicles at the show.  Toyota and GM both unveiled plans for driverless cars, with Toyota offering up a ‘transport vehicle’ that can essentially be turned into just about anything.

The Toyota Pod is called an ‘e-Palette’ and can be turned into anything from a commuter bus to a food truck and all without a driver.   It’s essentially ‘plug and play’ for the driving world.   With advanced driverless capabilities, the Pod naturally lends itself as an ideal fleet of on-demand rides, so it’s no surprise that Uber is an early partner in the project.

Other CES highlights include:

While some of the advanced technology featured at the 2018 CES remains on the distant horizon, much of it is right around the corner.  The growing connection between technology and transportation promises to give a science-fiction feel to this year’s automotive shows.