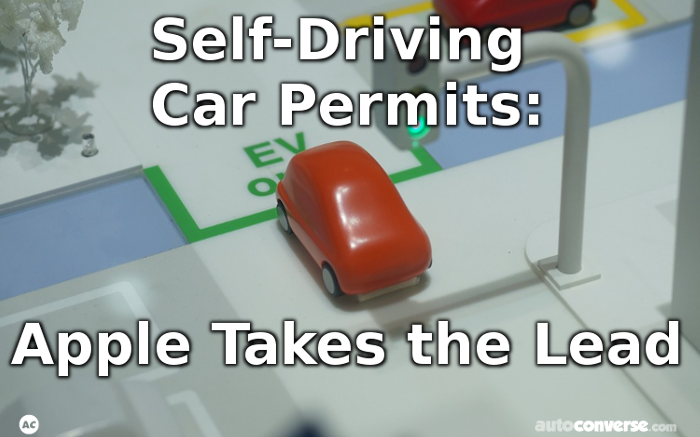 Rumors of an Apple Car began circulating in 2015 when a well known investor said he believed the company would unveil a smart car – referred to as “the ultimate mobile device” – by 2020. The news created plenty of interest from customers, investors and the competition. After all, at that time, Apple was the undisputed leader when it came to smart devices and mobile technology for the masses.

But 2018 has seen a turnaround from the tech giant with the company now in possession of more than 50 permits. The surge gives it the lead even when compared to Waymo and Uber, both of which continue to work towards a driverless future. Apple is now in second place when it comes to permits, behind General Motors, which has more than 100 permits.

Apple’s original project, named Titan, kicked off unofficially-officially in 2014 but had fallen apart by 2016. Apple, however, is no stranger to dusting itself off and trying again. In the past year they’ve grown their fleet and appear ready to jump into the fray and provide real competition for other developers.

In a Bid to Compete, Apple Grows Fleet of Self-Driving Cars
Apple now has more self-driving car permits in California than Waymo and Tesla