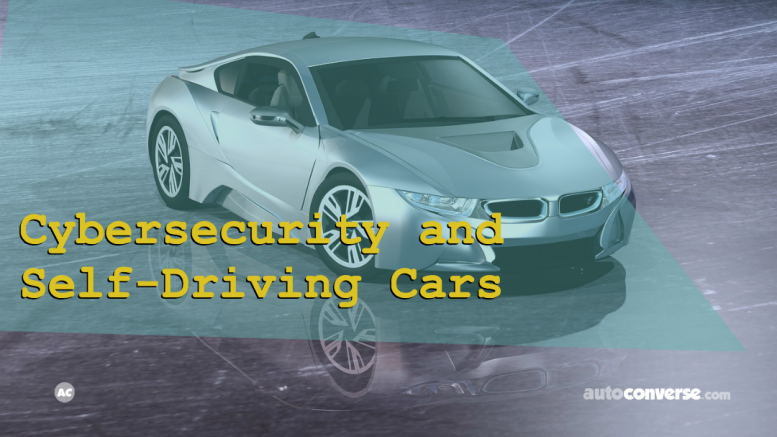 *Note from Editor: This is a contributed article that does not necessarily reflect the views and opinions of the editors of this site.

Thanks to the IoT (Internet of Things), we have a lot of devices connected directly to the Internet. Self-driving cars are also one of the latest trends in this regard. Fully autonomous vehicles are expected to be available for the common man within a few years.

Like most innovations, car enthusiasts are desperate for self-driving cars to hit the market. And surely, there will be countless social and economic benefits of autonomous automobiles. But even though self-driving vehicles will provide a lot of ease and interconnectivity, it will increase the potential risk of cyber-attacks too.

Today, all devices that use the internet are continuously under a threat of being hacked. Hackers break into the security systems to steal confidential information, credit card details, bring down websites and access government records. Similarly, hackers can also target autonomous cars to disrupt the traffic system and use them as weapons for terrorist attacks.

According to a report by the FBI, the passengers in self-driving cars are free to conduct tasks that are otherwise impossible when they have their hands on the steering wheel (e.g., using a gun or controlling a bomb).

These risks are not based on only theory. In 2015, the auto industry saw one-of-a-kind cyber-attack where more than 1.4 million vehicles were recalled when hackers managed to break into a Chrysler Jeep’s digital systems. What’s more, there have also been reports of hackers being able to control the primary car functions such as acceleration and braking.

Here are a few ways in which self-driving cars will be one of the biggest threats to cybersecurity in the coming years:

Every vehicle has a complete electrical system in it that is known as the electronic control units or ECUs. ECUs are connected together via an internal network. If a hacker manages to break into the ECU of the car through Bluetooth or infotainment system, they can reach the safety features of the car like its brakes and engine easily. It can turn into a potentially deadly situation within no time.

By 2020, there will be 24 billion connected devices all over the world, in simple terms, 4 devices per human. But the IoT is not limited to household appliances anymore. As self-driving cars make their way into the consumer market, there are even more potential security pitfalls that come to our mind.

While it may seem convenient for you to instruct an autonomous car to turn on the heating or air condition within a distance of 15 minutes of your home, it can actually lead to a burglary in your home. Any hacker who is able to breach the information stored on your vehicle can walk right into your home!

The volume of sensitive information being stored in our vehicles is increasing day by day. A car’s GPS can give hackers much-needed details on the daily routes taken by the driver. The day isn’t far when even your financial data will be stored in your car’s database. Due to this reason cybersecurity is of prime importance for self-driving cars.

3) Complex lines of code make it difficult to spot loopholes

Self-driving cars have more than one hundred million lines of code and are connected with a fleet of other vehicles. This results in a constant exchange of data making it an even more vulnerable target. These millions of lines of code make it very difficult for security testers to look for loopholes. Some software’s in autonomous cars are so complicated that it can take months or even years to find the problem.

Fighting the threat to cybersecurity

The auto industry is growing aware of the danger of cyber-attacks in self-driving cars. Apart from the set of regulations published by the government, the US Society of Automotive Engineers (SAE) has introduced a whole set of guidelines that highlight the importance of cybersecurity in autonomous vehicles.

They are now making an effort to inform drivers regarding the security threats, so they don’t plug an unknown device in the car.

In the long run, mobility companies have to work together to develop a more secure network around self-driving cars.

One of the ways in which hacking events can be minimized is to install a defensive software solution on each ECU individually. This way, the security threat will be analyzed and stopped before it reaches the internal safety features of the vehicle.

At the moment there aren’t many practical ideas or software solutions that can protect a self-driving vehicle against hackers. While they may seem luxurious and something out of a sci-fi series, self-driving cars have their own share of security risks that should be explored and dealt with accordingly.

Of course, the best way to avoid the threat of cybersecurity with your vehicle is to drive one that is not connected to the Internet.

Sponsored Link: We Buy Any Car

The auto industry is already challenged with the threat of cyber attacks. Even today when autonomous vehicles are not widespread, car hacking is already happening. According to Statistica, in 2015, more than 35% of the cars were connected to the internet, which makes them vulnerable to cyber attacks. This number is expected to touch 100% by the year 2025. Imagine how easy it will be to hack a car only a few years from today.

Do you think self-driving cars are the biggest threat to cybersecurity?

Or will the mobility industry be able to create a robust security network by that time? 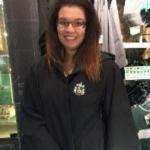 Alma Causey is a Freelance writer by day and sports fan by night. She writes about tech education and health related issues. Live simply, give generously, and watch football.