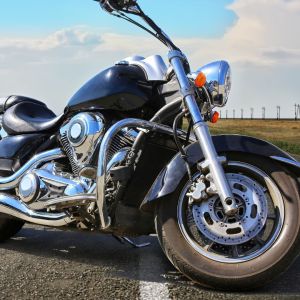 So, you’re finally considering getting a motorcycle? We’re sure this has been a long time coming, but before you go off and make a big purchase, it’s a good idea to look into the pros and cons of buying a motorcycle. Well, you’re in luck because we’ve put together a list that brings all the necessary considerations together in one place for you to weigh your options more easily.

We’ll start with the obvious upside. Motorcycles are quite the exciting experience. Chances are, if you’re thinking about purchasing a motorcycle, you love a good adrenaline rush. It’s what initially draws people in and keeps them coming back time and time again.

Con: It Can Be Very Dangerous

Now it’s time for the obvious downside: the danger factor. Some people see this as a pro since much of the thrill comes from how risky motorcycles are, but to ignore this as a con would be a huge disservice to this list. Not only are crashes involving motorcyclists more deadly, but they’re more likely to happen in the first place. Drivers are less likely to see people on bikes, so you’ll need to stay vigilant while riding.

Not only are motorcycles significantly cheaper than cars, but they also retain their value better. That’s because they aren’t used daily like cars and are easier to maintain. Plus, aspects such as gas and insurance are cheaper than they are for cars.

Con: It Won’t Last as Long as a Car

The massive downside to the above pro is that motorcycles usually don’t last as long as cars. A standard vehicle can last up to around 200,000 miles with relatively little effort, whereas a bike will last for about half of that. However, as long as you don’t go on too many long road trips, you should be able to keep the value of your motorcycle up.

While we’ve never met anyone who bought their motorcycle to save the environment, it’s definitely an excellent upside to getting one. Due to their size, bikes don’t have to burn nearly as much fuel as cars to go the same distance.

Con: It Needs a Second License

While getting a second license to ride your bike might only seem like a minor annoyance, the nuisance becomes worse when you realize that you’ll have to pay to renew this license as well. Having to do that on top of paying for your normal driver’s license can add up over time.

The final point we’d like to make in our pros and cons of buying a motorcycle list actually qualifies as both a pro and con, depending on how you look at it. The small size is a plus when finding parking at home or on the go. It’s also helpful when maneuvering past crazy drivers. The downside, though, is that there is not much room for other people or storage, so how you view this final point depends on what you’re looking for in your future bike.