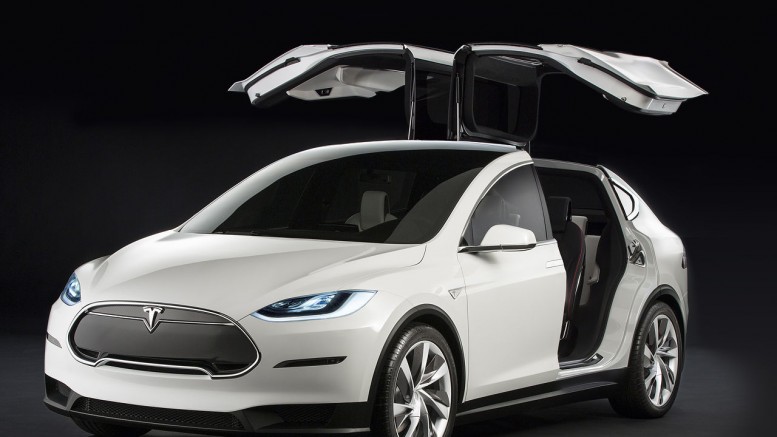 The Model X, Tesla’s third vehicle, was unveiled this week at company headquarters in Fremont, California. Apparently the new, all-electric crossover SUV has a lot to brag about.

Company co-founder and CEO Elon Musk claims the Model X will be the safest SUV ever built, estimated to achieve five-star crash ratings in every subcategory — a feat no SUV or minivan has ever achieved.

The all-electric crossover SUV will be initially offered in two models: The $132,000 P90D (Performance 90-kilowatt-hour dual-motor) Signature and $142,000 P90D Founder with Ludicrous mode.

From its twin electric motors, the Signature is good for a 0 to 60 mph time in 3.8 seconds on its way to its 155-mph top speed. And it’s been rated at a 257-mile range per charge. The Founder with Ludicrous is a bit faster thanks to its larger rear drive unit. On Founder, 0 to 60 mph is dispatched in 3.2 seconds, dropping battery range to 250 miles.

While the top-hinged “Falcon Wing” rear doors as Tesla calls them are impressive, they are not just an attention-grabber; in fact they allow rear passengers to enter and exit the car more easily in tight corridors.

The Falcon Wing doors don’t open in one motion. Instead, they use ultrasonic sensors to detect obstacles and automatically adjust the opening motion on their multiple hinge points.

For closer look at the all-new Model X, check out this article on Mashable by Nick Jaynes who had a chance take it for a ride shortly after being unveiled.