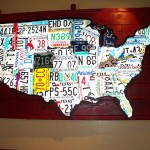 Insurance companies in different states charge different rates for auto insurance. Circumstances can be very unique from state to state which is why insurance companies have distinct criteria that cause them to set high or low rates. Some states have large rural areas that do not have very much traffic. This fact will cause drivers in these areas to have lower insurance premiums. Other states have more urban areas where the traffic is highly congested. This fact entreats these drivers to higher premiums. The specific reasons that three states in particular have the highest premiums are examined below.

Urban areas are much more densely packed, and when automobiles are traveling on densely packed streets, they are much more likely to be involved in accidents. Those areas that are more susceptible to being involved in car collisions are always charged more for their premiums, because it is more likely that the insurance company will have to expend more money. This fact makes most of the drivers in New Jersey a higher risk, because most of the state is an urban area.

Another reason that the density in New Jersey leads to higher premiums is because more densely packed areas have more instances of vandalism than rural areas. Insurance companies will also price their clients’ premiums based on how often the vehicles are vandalized or stolen in the areas where they drive or park their cars. Because a large portion of the state of New Jersey falls under the above description, a lot more of the residents will be charged higher rates because of their zip codes.

The state of Louisiana has been experiencing an increase in the numbers of uninsured motorists lately. One reason for this is the recession which is making it difficult for people to afford to keep their auto insurance policies active. This one reason alone has caused auto insurance rates in Louisiana to go up to their current level of $2,453.

The highest premiums can be found in the state of Michigan with the average premiums equal to $2,541. The reason for this is up for dispute with some people believing that the state’s near pure form of no-fault laws being the reason for high rates. In recent months, legislators have been working on giving their residents the right to sue a driver. This would mean that Michigan would be more closely aligned with other states in their no-fault laws. It is believed that because people cannot sue each other when they collide each other, insurance premiums have to go up to subsidize the people who are causing all of the accidents.

Others believe that there are two other reasons that Michigan has such high insurance rates. One is that it has most of its population densely packed into the Detroit area. As has been described in New Jersey, the fact that people are driving in an area that is highly congested with vehicles does encourage insurance companies to charge higher premiums.

The other reason that premiums are higher in Michigan is a little more unique. In this state, the prevalence of deer is extremely high and motorists collide with them on a very frequent basis. As a matter of fact, only one state has more deer-related car collisions than Michigan and that is Pennsylvania.

Miles Walker is a freelance writer and blogger who usually looks at car insurance deals over at CarinsuranceComparison.Org. His most recent review looked at the best car insurance quotes.