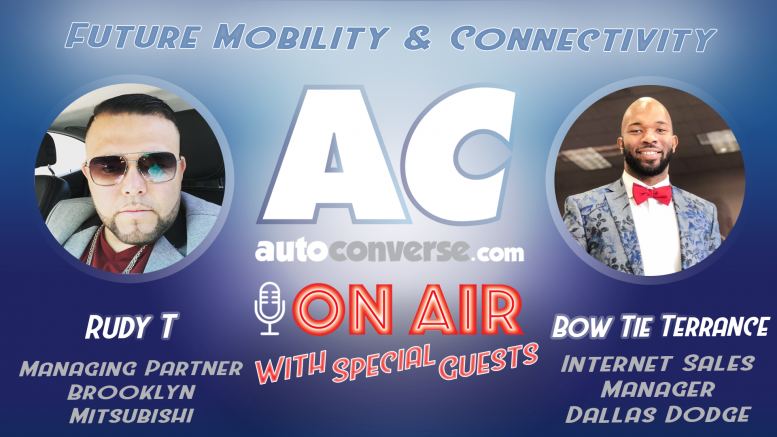 Personal branding in car sales is not a new idea. Car sales professionals have been focused on their personal brand since the days of Madman Muntz. But with today’s technology and changing landscape of the marketplace, the ideas and best practices to brand yourself have evolved.

Video Consumption in the USA

There is little if any debate on the widespread consumption of video on the Web. Recent stats show that 43% of consumers want to see more video content from brands. And nearly 52% of marketing professionals see video content as delivering the strongest ROI.

Because of this, the use of video for marketing purposes has become increasingly important, if not vital.

While email marketing has seen better days, social media marketing is all the rage. On average, we spend an 2 hours and 15 minutes on social media each day, which accounts for one-third of our online time, and twice as much as any other activity.

Marketers know this, which is why today’s successful marketers leverage the latest marketing trends, which includes the use of video and live streaming on social media.

Two dealers in the car biz that not only understand these ideas but are capitalizing on them, are Bow Tie Terrance and El Patronn. Both of them are using video as part of their marketing strategy. Both of them are leveraging social media to reach customers. Combined, the two have hundreds of thousands of followers across Facebook, Instagram, LinkedIn, and Twitter.

Bow Tie Terrance does Internet Sales at Dallas Dodge. He got started selling cars a few years ago, and he began wearing a bow tie so that people could more easily remember him when they returned. This of course is how became known as such.

His work has even inspired other team members to get involved as well. In one recent video, a fellow team member is the star of the video.

“I’m a creative individual. The lyrics just come to me. Then I find songs that are popular, use those beats, and write about selling cars,” says Terrance.

El Patronn is a Managing Partner at Brooklyn Mitsubishi. Last year, he experimented with some ideas around the use of video. The tests were a success and he quickly dubbed The El Patronn Show. He has a website, YouTube Channel, and Instagram account each set up around El Patronn as a brand.

Patronn says, “A year ago I decided I’m going to go all out…I wanted to put Brooklyn Mitsubishi on the map, and I did just that. People ask what I’m going to do with all these followers. I’m going to sell them cars,” he says.

During our conversation about personal branding in car sales, we talk about the difference between platforms – Facebook, Instagram, LinkedIn, and YouTube. El Patronn has nearly 1,000 subscribers on YouTube, but his videos can have tens of thousands of views. On LinkedIn, Bow Tie Terrance has a video with nearly 30k views.

Watch the entire video replay on YouTube, recorded in September 2018 on our Live Weekly Broadcast – AutoConverse ON AIR. You can also catch the complete conversation on the podcast,

PS – Bow Tie Terrance’s and El Patronn’s guest appearances stemmed from being mentioned in Part B of the Video Marketing for Auto Retailers Series – Personality Videos.