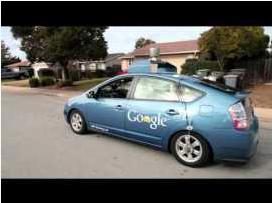 The Michigan Department of Transportation is conducting an online survey to measure the feasibility of testing self-driving vehicles on its roads. Both California and Nevada have implemented such testing in cooperation with Google, the company that owns the cars.

Experts in the industry claim self-driving vehicles will reduce the number of accidents on the roads. In-car technology allows vehicles to communicate with each other and avoid obstacles.

Participants in Michigan’s survey will include members of the automotive, robotics, and technology industries. They will be asked how long they think it will be before self-driving vehicles will be commonplace and what the current barriers are to this technology being widely implemented.

Michigan is the perfect place for the testing of self-driving vehicles. After all, Detroit being the auto manufacturing capital of the U.S., it seems to reason that auto professionals in the city have a lot to gain from such testing. If Michigan does finally allow self-driving vehicles on its roadways, then it’s just another step for auto makers to start manufacturing. Then, consumers can buy them and operate them.

Here’s a question for you: How long do you think it will be before you’ll be able to buy your first self-driving vehicle?