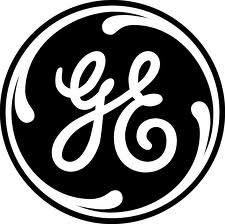 Beginning with a 12,000 vehicle purchase from GM, including the 2011 Chevy Volt and other yet-to-be-manufactured electric vehicles, the decision may have a great impact on the future of electric cars, because a large commitment from a well-known company signifies credibility of the new technology.  With Chevy Volts coming off the assembly line this month, GEs electric overhaul is expected to begin soon.

According to GE Chairman and CEO Jeff Immelt, “Electric vehicle technology is real and ready for deployment and we are embracing the transformation with partners like GM and our fleet customers.  By electrifying our own fleet, we will accelerate the adoption curve, drive scale, and move electric vehicles from anticipation to action.”

Although costs are still high for electric vehicles, increased public interest and large automotive deals such as this one can help lower the cost.  Initially interested in sedans, GE hopes to replaces its 9,000 vans and light trucks with electric vehicles; however, such vehicles are not currently available to the public.