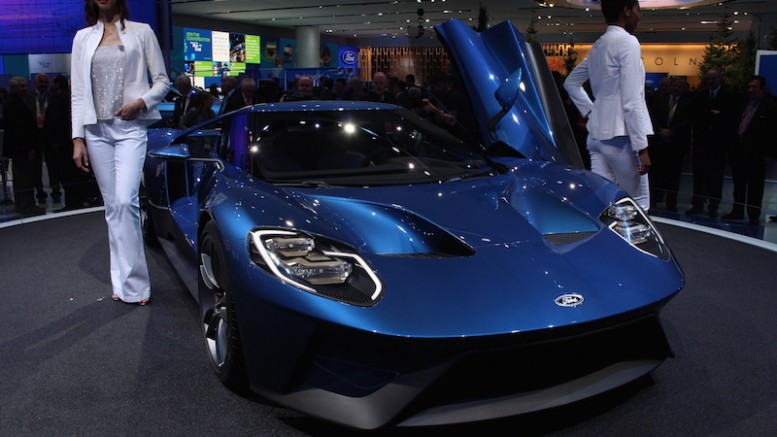 The 2017 Ford GT was revealed at the Detroit Auto Show today. While the vehicle itself is a thing of beauty and a technological marvel, what also is extraordinary is that for 14 months, Ford Motor Co. managed to keep this machine secret in an unassuming basement storage room, according to Automotive News.

Only a small number of employees had keys, apparently actual metal keys rather than Ford’s standard-issue electronic ID cards, and most of the work was performed at night.  The team of six designers were not even able to let family members know about the project.

As you can see, Ford did try to maintain the essence of the original GT’s design, but has also given a futuristic touch to this new model. The old supercharged V8 is gone, replaced by a twin turbo 3.5L V6 engine, which is believed to produce more than 600bhp. Also, the new EcoboostTM feature promises better efficiency.

There are many features that die hard muscle fans might miss from the 2017 GT. The manual shift will be gone, and a paddle shift will take its place. There are many buttons instead of gauges and other mechanical devices, which means that the  2017 Ford GT is more electronic. But there is one thing that remains, and those are the upward swinging doors. In fact, that is a trademark feature of the Ford GT, and no one would want those to be removed.