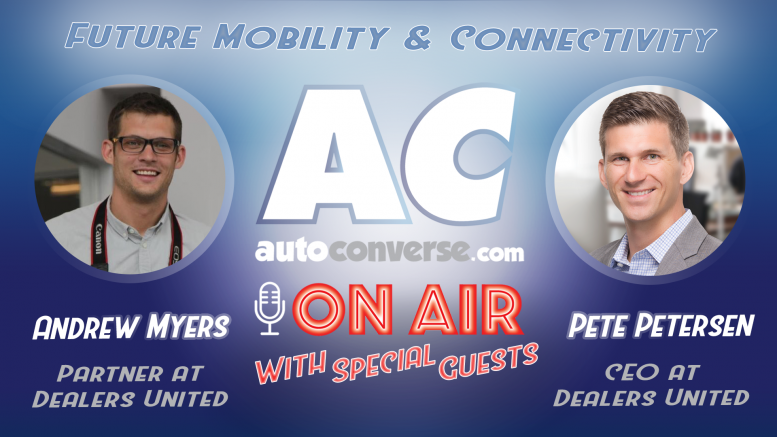 Facebook Advertising is of growing importance for auto retailers. So too is effective and personalized video.

In July 2018, Dealers United announced it would be acquiring What’s Next Media, which provides dealerships with automotive video content. Additionally, the content includes assets for Facebook advertising, which Dealers United will integrate into its social media campaigns.

In August, we welcomed Dealers United CEO Pete Petersen and What’s Next Media Co-founder Andrew Myers to join us on our Live Weekly Broadcast – AutoConverse ON AIR. We discussed the acquisition and how the new partnership will benefit dealers with video and Facebook advertising. We also discussed the importance of creating high-quality, shareable content and getting “eyeballs onto the videos.”

“I was really impressed by how they were able to produce content for us that told our story in a way that we couldn’t,” Petersen says. “It wasn’t long before we realized Dealers United could not only benefit from the What’s Next team, but that we could incorporate it into our own suite of services.”

Listen to the Podcast: Dealers United Acquires What’s Next Media…But Why?

One key takeaway in the conversation is when Myers explains what the goal is with dealers – RESULTS! “Dealers don’t care how you get the results. They just want results by the end of the month,” he says.

As noted in the conversation, video is only a means to an end to help achieve the result. Ultimately, you need a lot of the right eyeballs on your videos. You need the videos to speak directly to each individual shopper. As if the video was made just for them.