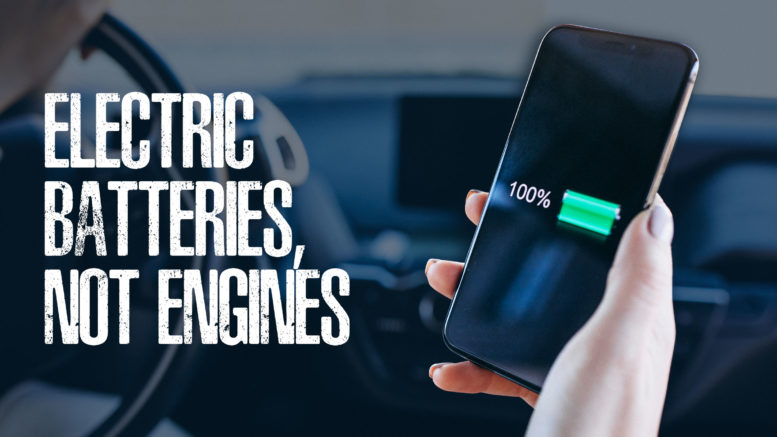 As vehicle manufacturers unveil their newest generation of hybrid and electric vehicles, the race for a reliable battery is heating up. Car manufacturers have been waiting in the wings while tech companies develop potential EV batteries. Now they’re placing their bets on which will emerge as the battery of the future, with three serious contenders.

Lithium-Ion Batteries – Lithium batteries became commercially available in the 1970s and quickly became the standard. The batteries could not be recharged safely and research turned to lithium-ion.  This option delivered concentrated power in a lightweight battery which could be safely recharged.

Lithium-Metal (Solid State) Batteries  – While lithium-metal batteries of the 1970s could not be recharged, that problem was resolved in the solid-state lithium battery. Car manufacturers were eager to support research and development. Toyota took an active role in Solid State Battery development, becoming the holder of more than 1,000 patents in SSB technology.

After teaming up with the likes of BMW, Ford, Samsung, and Hyundai, Solid Power unveiled a 22-layer cell battery in December of 2020. At the same time, they made some impressive promises when it came to EV Battery milestones, including recharging a battery by 50% in less than 15 minutes.

Volkswagen is backing QuantumScape, a battery company focused on solid-state batteries. Developers claim they can increase the range of an EV by 50% and reduce charging times to less than 20 minutes. Critics point out the company has yet to deliver.

QuantumScape has been working on their new battery for a decade and has yet to produce a prototype for independent testing.  They’ve released data on performance from their own labs, and when asked about third party lab testing, CEO Jagdeep Singh said it was something he “would consider”.

Then there’s the $139 million investment General Motors made in SolidEnergy Systems (SES) for their lithium-metal EV battery which promises to feature a combination of affordability and  high performance. Prototypes have completed more than 150,000 test miles at GM’s Global Technical Center in Warren, Michigan.

Over at Tesla, Elon Musk is placing his bets on the ‘million mile battery’ that replaces the cobalt and nickel of traditional batteries with iron.  This reduces human rights issues over mining and makes the battery a less expensive option. The battery, known as lithium ferro phosphate (LFP) isn’t without its problems, however. Currently the batteries don’t deliver good mileage consistently on a single charge and they struggle in colder temperatures.

Perhaps the biggest advantage to LFP – and what might put Tesla over the finish line – is its incredible charging power.  LFPs charge in half the time of their competitors. They can store more energy so they can deliver consistent power even if they are charged off-grid. People charging with solar power, for example, may only have a few hours a day to recharge their battery. For drivers with range anxiety, LFP batteries offer reassurance.

And it’s THAT feature – being able to alleviate concern for customers – that could give Tesla the tipping point advantage. By backing LFP, Musk delivers comparable (if not superior) power, stability, and accessibility and then gives consumers the ability to do it quicker and without reliance on anyone or anything – including the power grid.

Engines drove innovation for decades in the auto industry, but batteries are slipping into the driver’s seat. Both developers and automakers are keenly aware of the need to address the concerts of the 21st Century consumer.  They need to deliver more than just value – they need to deliver security, dependability and the promise of being able to hit the open road without worry.