With anticipation building over the years for electric vehicles to go mainstream, we are finally right around the corner from the release of not one, but two 100% battery-powered mainstream cars – The Chevy Volt and the Nissan Leaf, both on which we have talked about in recent months. 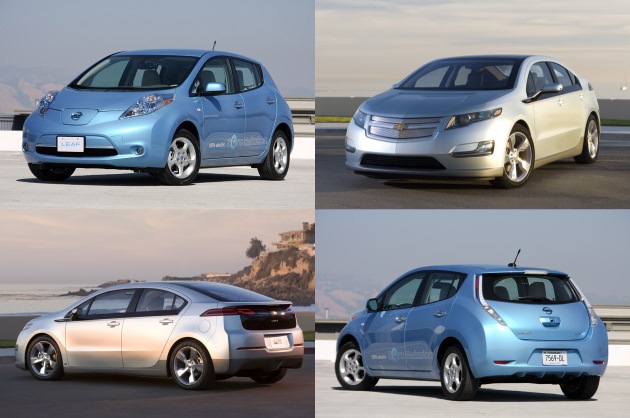 The Volt, manufactured by General Motors Company, is scheduled to hit showrooms in November 2010. The Leaf, from Nissan Motor Company, will arrive “later” in 2010 or early 2011. For the first time the public will finally have the opportunity to see if the hype is real.

As anticipation grows, so too are the debates about the true effectiveness of electric vehicles in reducing CO2 emissions.

An electric car is a battery-powered automobile that runs via an electric motor. People have been developing electric vehicles since the dawn of automobiles but no one has ever been able to go mainstream with one. The Lohner-Porsche electric car for instance was presented at the World Fair in Paris in 1900. 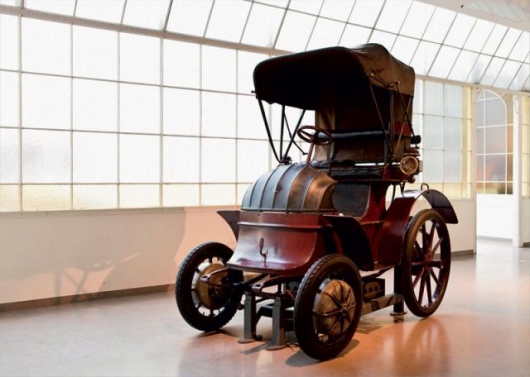 A great discussion is going on over at the Nissan Leaf Facebook page. It all started when Nissan posted the following video to their Facebook page:

As you can tell by reading the discussion about the Nissan Leaf many folks feel that electric vehicles are a big step in the right direction of reducing the world’s CO2 emissions. Erich Tisnado says, “Do I think I would literally save the cute furry animals by buying this car? Welll… honestly, yes! Including our own human animals. Duh! Less junk in the air causing diseases, less global warming (and find me a scientist that denies global warming who isn’t on the take from big oil) . Like Lisa S says, one car isn’t going to save millions of lives, but millions of cars will. This car will also save me personally a bunch of money. A timing belt job on my gas engine is $1200, not to mention oil changes and other maintenance. You know what? An electric motor doesn’t even have a timing belt! Electrics are dead simple.”

Upstream Emissions from Electric Vehicles Is the Real Problem

On the other side of the debate are the folks who believe that electric cars are not much better than combustible-engine vehicles. These folks admit that having zero-emissions from the vehicle is a great step in the right direction. Where they have an issue lies upstream in the production process of electricity because while the vehicle has no emissions, charging it of course does. Electric vehicles of course run on electricity and every country uses a different mix of energy sources to create electricity. Countries use a mix of fossil fuels, natural gas, with some renewable energies like Wind & Solar, and even some nuclear energy. The CO2 emissions from electricity production will increase as the demand for electricity increases based on the need to charge electric vehicles.

With that said, according to the U.S. Energy Information Administration, “With the current U.S. energy mix, using an electric car would result in a 30% reduction in carbon dioxide emissions.” 30% is nothing to shake a stick at and some might say that it is a step in the right direction. Others would argue that while electric cars do reduce some CO2 emissions they also create more upstream emissions in the process.

Politics and economics aside, most rational people prefer a more environmentally sound planet. The problem however is politics and economics. The politics of cleaning up this planet are a juggling act between social pressure and economics. If companies do not have enough economic incentive for change, then change won’t happen, which is why governments have stepped in. We are in that chicken-and-egg period right now where the marketplace for electric vehicles is not manifest and it can’t be manifest if the product isn’t there.

The question then becomes, do you think government and corporations should be pouring resources into manufacturing electric vehicles OR should the focus be on discovering (or inventing) a sustainable energy source with zero-emissions from the production process?