The Nissan Leaf, which topped the list of hot autos, experienced a dramatic 73.5% increase in activity level, and analysts have stated, “Like a lightning storm that takes a long time to blow over, the all-electric Nissan LEAF continues to rank at or near the top in Kbb.com’s weekly Hot Car Reports.” 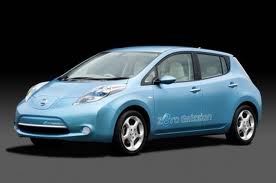 The Volt also received a considerable increase in activity, and was one of the top five newly introduced models that received the highest amount of activity growth in shopping.

The Volvo S60 and XC90 received great increases in interest as well and, as KBB.com stated, “The Volvo brand is seeing high levels of interest, thanks in part to its announced Loyalty Bonus promotion.”

Other models with increase shopping activity included the Lincoln MKS and the Ford F-150 Supercrew Cab, but the big news here is the growing interest in electric vehicles, which may signify American acceptance of the new technology and be the harbinger of a nationwide effort to wean the country off of gasoline and a step toward a cleaner, more efficient automotive industry of tomorrow.