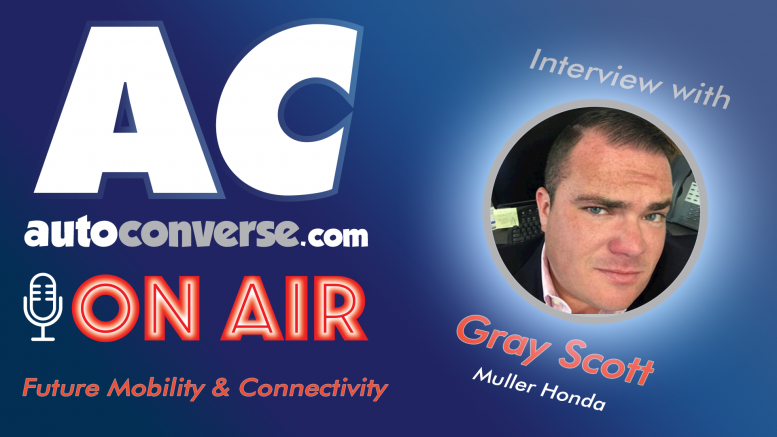 When we think about car dealer ads on television, the type of commercials that come to mind are the ones originally styled after Madman Muntz, touting the lowest prices, best service, and often times the dealer himself assuring you the best deal in town. Seldom do we think about intense audio and visual creatives, focused on emotion, image, and perception like we expect from ads by the car makers.

But are dealer ads really limited to this decades-old style? Aren’t we at a day and age where a new standard of advertising for dealers can be delivered?

Well, at least one dealer thinks so…

In the video below, which features my conversation with Gray Scott who is the VP of Marketing for two high-volume Honda dealerships in Chicagoland, you will get a glimpse of how Gray and his team have set out to change this status quo.

The video is 4 minutes in length and it includes the new 30-second ad spot designed by Gray and his ad agency that he is now rolling out into the marketplace, both on TV and digitally.

The ad features the Honda Accord. It was designed to appeal to Millennials and it will be targeted online to in-market Millennial shoppers. You won’t even know you are watching a dealer ad until the end.

There was a second ad we played and discussed on the original live recording. This ad takes a less eccentric approach to presenting multiple Honda models, but it’s still a far cry from your conventional dealer ad.

Enjoy the video and if you’re interested in hearing my complete conversation with Gray where we talk about his role at the dealerships, expectations, accountability, and what inspired him to produce these ads, listen to the full podcast below as well, or search ‘AutoConverse’ on your preferred podcast app.