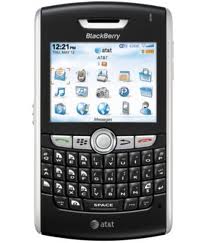 A new application for Android and Blackberry, courtesy of Chrysler and Car and Driver, is now available.  The application, called Txt U L8r, is intended to increase driver safety by automatically responding to text messages while drivers are preoccupied with driving vehicles.

The application has numerous capabilities, such as:

–          A paid upgrade allows drivers to respond verbally to messages.

Txt U L8r is intended to lessen the amount of text-related accidents, as, according to a recent study, texting while driving is even more dangerous than driving drunk, making it one of the most dangerous things a driver can do.

The first automaker to establish corporate policy regarding employee texting while driving company vehicles, Chrysler hopes to promote safer driving, and the company plans to have all employees download and implement Txt U L8r while using company vehicles.

According to Eddie Alterman, editor in chief of Car and Driver, “The results of our research were precisely the reason we developed Txt U L8r in an effort to help drivers avoid car accidents often associated with distracted driving. Our goal is to make Txt U L8r part of a daily driving routine while helping save lives behind the wheel.”

Txt U L8r can be downloaded by Blackberry and Android owners here.