In the coming years we are going to see a huge expansion in the Electric Vehicles (EVs) market, both in the form of automobiles and parts suppliers like lithium-ion battery producers. Now, whether or not electric vehicles have a positive effect on the environment, is still up for debate. What’s not being debated is the fact that more EVs are coming to market soon. Companies like Nissan Motors and General Motors are leading the way with the introduction of the Nissan Leaf & Chevy Volt, but if China has anything to say about it, their market lead will be washed away by 2020. 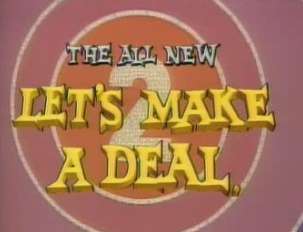 Recently China’s Ministry of Industry and Information Technology has gone on record about the development of their 10-year plan to become the world’s leader in the electric cars market. As of right now, state-owned auto makers in China are far from the development of practical & economical hybrid or electric vehicles. Part of China’s plan is a proposal that will make foreign auto makers who want to sell EVs to China’s ever increasing middle class form joint ventures with state-owned auto makers in China.

A big key to being profitable in selling foreign automobiles in China is producing key components of those automobiles in China. With this new policy, China is saying that if you want to produce and sell new energy vehicles in China, you must form a joint venture and provide your technologies to our state-owned corporations. Oh yeah, and instead of getting a majority 50% stake in the joint venture, like many combustible engine auto makers have now, you only get a 49% stake.

As I’m sure you can imagine, foreign auto makers are not happy to hear this. Toyota is holding off on introducing the Toyota Prius in China and other auto maker executives from both the U.S. and abroad are letting their displeasure in this new proposal be heard. According to Norihiko Shirouzu’s article in the Wall Street Journal, “under the ministry’s proposed plan, foreign auto makers must form joint ventures with Chinese companies if the foreigners decide to produce key new-energy components, such as advanced lithium-ion batteries and high-power electric motors, in China. Given the size of China’s market and the costs involved in importing those components, most foreign companies that make electric vehicles would feel it necessary to produce those components in China.”

Over the past few years China has been actively pushing for increased usage of electric vehicles domestically. They have done this through new energy policies, tax incentives, infrastructure development, etc. Powertrain 2020 by Roland Berger Strategy Consultants report that, “the Industry Ministry projects that China will have five million electric cars and plug-in hybrids on the roads by 2020.” That’s a pretty big market and foreign auto makers definitely want access to it. As of right now China’s new proposal isn’t finalized. It could be revised to better protect foreign auto makers OR it could get passed as is. If it does go through then foreign auto makers will be at the mercy of China’s technology grab.

Extortion or just good business? You be the judge. Leave your comments below.