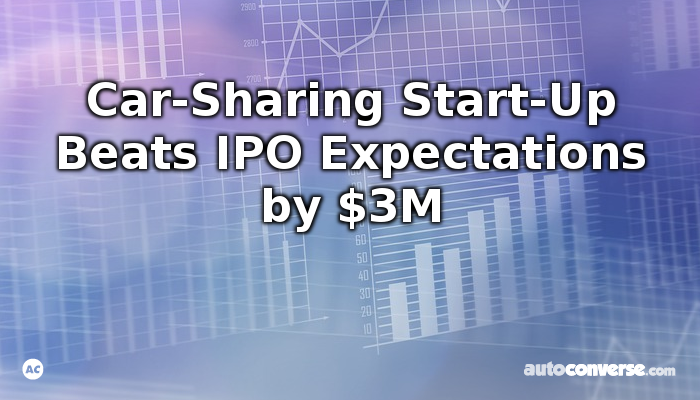 Listen to the Podcast

The car-sharing start-up HyreCar announced in May they would be seeking to file an IPO for their company. Their goal was to sell up to 2 million shares at around $5 each, raising $9.4 million.

Their system matches people with a car they are not driving with drivers who want to work for companies like Uber or Lyft. While the company agrees they service a niche group, it’s a segment of the population that is set to grow over the next few years, at least that’s the prediction HyreCar and their supporters are banking on – literally.

The process is simple: Car owners list their Uber or Lyft approved vehicle on the HyreCar platform while would be drivers browse through the inventory. A driver finds a car they like and they apply. HyreCar then conducts a check of the driver’s criminal and driving records as well as sex offender and other watch lists.

Once a match is made, the rental period begins and drivers can then begin working for outfits like Lyft or Uber. HyreCar makes its money by charging drivers a 10% fee and owners a 15% fee. Drivers avoid long term rental or lease contracts and owners get to make some money on a car that would otherwise just sit in the driveway.

It’s a business model that has worked well in the Los Angeles area, where HyreCar currently operates. Their plan for an IPO was met with a mixture of optimism and skepticism. Fans point out that it’s a win-win in some ways. It gives people who want to work the chance to do so even if their own car doesn’t meet the ride-sharing specs while rewarding car owners for delivering short-term rentals. Critics, however, point to the problems with customer service the company has faced as well as the shaky financial ground they’re already on.

The company was listed as an “emerging growth company” and their prospectus was up front about the fact that investing involved a high level of risk.

Still, once the offering went through, it defied expectations.

By the time the final bell rang, HyreCar had sold 2,520,000 shares of its common stock and generated a whopping $12.6 million in gross proceeds. Bottom line: They beat their initial goal by $3 million.

Not bad for a day’s work.

Will the investment pay off for early adopters? Only time will tell. But the success of HyreCar’s IPO makes one thing clear: Sharing cars for ride sharing will have its chance.