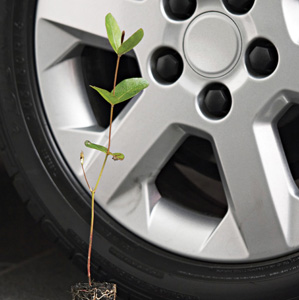 If you’re thinking about a new car, start thinking about the new green cars. In the next few years, just about every major car manufacturer on the planet is looking at introducing production models of new green cars of one kind or another. The result will be a cleaner world, as well as a lot of benefits to drivers in terms of efficiency and cost. New car loans will become everyone’s viable option thanks to better prices, and paying to be on the road will be less of a pain to the hip pocket.

The whole idea of the car is being rethought in depth. Technology, computer assisted design and better production values are creating whole new species of cars. From long distance travelers to foldaway shopping cars, new cars are being redesigned and purpose built. Thanks to massive improvements in performance, green cars are now real working propositions.

The electric car has been a sort of ideological wish of many environmentalists for years. The problems were performance and cost. The performance problem was dictated by power/weight ratios, short ranges and basically conventional designs. Those problems are now history, courtesy of some major improvements in efficiency and better design. A basic electric car can now hit 100kmh, and travel for about 100km without needing a recharge.

An Australian university has invented a new approach to charging, which is basically a redesigned fan belt, to provide ongoing charging for the batteries. Electric cars are definitely going to be on the roads in the coming decade, as much for their easy operational requirements as for their green credentials.

The hydrogen fuel cell has been the topic of intense debate, misinformed, informed, and otherwise, including hoaxes. The main efficiency problems with hydrogen are that it requires its own technology and distribution, and that the amounts of hydrogen required also require large tanks.

Hydrogen fuel cells aren’t yet in the ready to go stage for mass consumption, but many major car manufacturers have flagged hydrogen fuel cell electric cars for the middle of the coming decade.

A combination of electric power and gasoline is one of the more widely predicted green vehicles, reducing emissions while keeping the petrol option. This isn’t the preferred green solution, but it’s a lot greener than the petrol-guzzlers, and the driving economics make good sense.

The natural gas option was invented, adopted, and undersold. Its carbon footprint, however, makes it a better bet than petrol by a long way. Its emissions are mainly carbon dioxide and water, and there are plenty of sources, renewable and fossil. Natural gas is CH4, and is used as a source of hydrogen in hydrogen filling stations. It’s also a known technology, and much easier for manufacturers to use as a working option than exotic technology requiring massive retooling.

One of these alternatives is going to put the old gas guzzlers in museums. Check out your options, because whatever green cars come on the market, driving is going to be a lot cleaner and greener very soon.