American drivers may not be quite ready to commit to alternative energy automobiles such as 100% electric and hybrids.

(Source) When it comes to improving fuel economy, consumers are more likely to be interested in technologies that help the gas-powered engines become more fuel-efficient — which typically costs less initially — than they are in alternative-fuel engines, which are typically more expensive, according to Harris Interactive.

Consumers are practical on one level, fickle on another. Concerns over ongoing maintenance of newer vehicles with disparate technologies make sense as does the concern that alternative fueling points are not widely available. To some extent, concern over retail price of new vehicles carrying alternative fuel technology is somewhat practical, but it lacks the foresight of measuring ongoing fuel costs against each other. 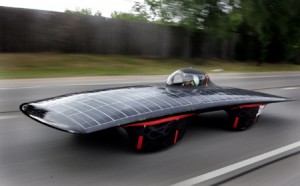 It seems that hybrid vehicles should be more popular than 100% electric, but that’s not so.

Further down the spectrum of consumer interest are the fuel-efficient engines that are “newer, more costly, and/or fully developed,” like fuel-cell engines, hybrid-electric engines and plug-in engines.

This is where the fickle part comes in. Hybrid vehicles are at least partly fueled by gasoline so some of the concerns that consumers have are not as big a problem with hybrids as with 100% electric vehicles.

I agree with David Pulaski.

“To raise mass market appeal automakers and government agencies must educate consumers on the benefits they offer, while reducing infrastructure issues,” he added. “Education must not only address what is being done, but connect with the emotional elements of the concerns.

Unless consumers are educated on the benefits of alternative fuel technology and its benefits, we will never get past gasoline fueled drives, the status quo and fear of change. But it is not just government’s and automakers’ responsibility to provide that education. Mass media and public schools also need to provide that education so that future generations of drivers are more aware of the eco-realities of driving gasoline-powered vehicles.