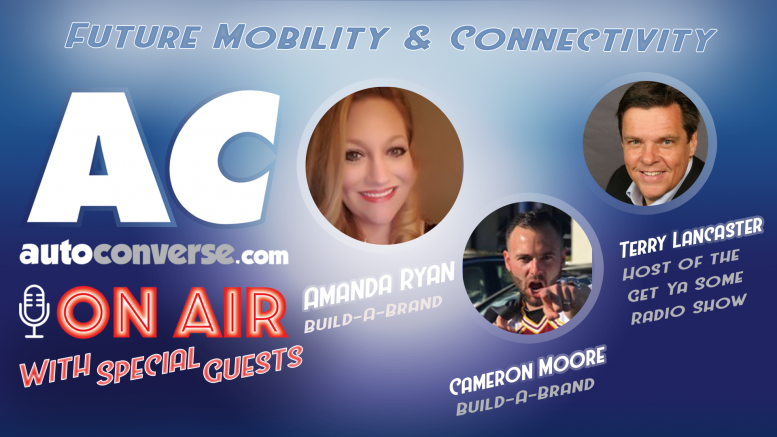 Branding in Auto Retail can be a complicated subject. Auto makers have a brand to think about, as do dealers (or retailers). And individual sales professionals do as well. So, when a household name such as Nike launches an ad campaign that creates controversy, what can we learn?

To discuss, we got together a group of folks who love to talk about branding, and the auto retail business. We met on our Live Weekly Broadcast – AutoConverse ON AIR in September 2018.

Amanda Ryan is a Director of Social Media with Build-A-Brand, a company that provides solutions for dealers and sales staff to be better with their brand and messaging. Cameron Moore does Business Development and Training for Build-A-Brand. And Terry Lancaster, Host of the Get Ya Some Radio Show, is a distributor of Build-A-Brand.

*Full disclosure, Build-A-Brand is a supporting sponsor of AutoConverse. We appreciate that, however the conversation featured in this podcast and video is not about Build-A-Brand. To learn more about this sponsor go to www.autoconverse.com/buildabrand.

We asked Terry to be part of this conversation about branding in auto retail, not because of his association with Build-A-Brand, but because of his experience in advertising.

Risk, Reward, and Consequence With Your Brand in Advertising

We could do a countdown of marketing gambles and how they’ve played out, but we won’t. Instead we dive in to play armchair quarterback on Nike’s recent ad campaign. The one that features former NFL player Colin Kaepernick.

It’s a tricky question, but one that’s become increasingly important. Terry, Amanda, and Cameron shared their views on the Nike situation. They also each offered perspective on how this applies to the auto industry.

“Nike could have sat back,” Lancaster points out, “and kept running pictures of Michael Jordan for the next 40 years until he was 180 year old man you know but eventually they would lose their audience.”

A gamble can certainly lose customers and fans. How many videos were uploaded of people burning Nike goods? A gamble can also galvanize fans, and attract new ones. As Amanda points out, yesterday’s gamble is today’s new necessity.

“[We all have to] gamble with our brands these days due to the fact that we have to narrow in so much of what our actual brand message is. In doing so, we actually attract those customers or clients that share the same message and in doing so we have more loyal customers and less turnover.”

Of course, marketing for Nike is a lot different from marketing to sell cars. An OEM might be able to take similar risks, as Genesis did recently with Lil Wayne. But dealers probably shouldn’t be doing that. At least that was the consensus of this group.

Regardless of the brand, the common denominators all brands have are their relationship with the consumer, and the experience.

Cameron Moore sums up the importance of experience and building relationships as a sales professional in Texas.

“I’m selling Hyundais,” he says, and in his North Texan town he struggled to address the ‘foreign car’ stigma. Cameron believed in the product, so instead of hammering on the details, he focused on the customer.

“I was working hard on social media, but … I didn’t know who my target market was. To me, anyone that walked on the door and looked me in the eyes, that was my target. … That’s what I thought, and that’s just not what it is.”

Cameron, like everyone in sales, had to learn to focus on the customer, build a relationship, and provide a great experience. Branding in Auto Retail shares the same tenets as branding in other verticals.

Catch the Podcast and Video Replay

Like what you see? Catch the original live stream on our YouTube channel to view the complete conversation. You can also listen to it on the AutoConverse Podcast, titled, ‘ON AIR :: Risk, Reward, and Consequence With Your Brand in Advertising‘ which is featured in this post.

To learn more about AutoConverse ON AIR and to sign up for future sessions, follow this link.