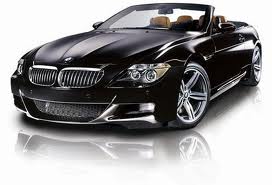 BMW North America has announced that it will be recalling 150,800 BMW vehicles in two separate recalls.

The larger of the two recalls pertains to certain twin-turbo inline six-cylinder BMW’s created between 2007 and 2010.  According to BMW, there is a potential problem regarding the high-pressure fuel pump, which may lead to emissions problems.  They have approached both the U.S. Environmental Protection Agency and the California Air Resources Board for approval of this recall.  This recall affects approximately 130,000 vehicles, of which 40,000 will probably require a new high-pressure fuel pump.  Affected models include:

Of the second recall, officials said, “In this case, should the fuel pump experience a failure, the engine will stop running and the driver will lose power assist for the steering and brakes although both the steering and the brakes remain operational.”

BMW will contact the owners of affected vehicles through First Class Mail, and all repairs at BMW dealers will be free of charge.