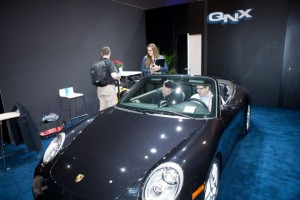 Blame it all on Ford. The automaker was the first to make use of the cloud for major in-car technology and the market bought it. Since then, every major automobile manufacturer has been innovating and experimenting, looking for new ways to take the latest technology to the next level with in-car in-dash power. And many of them are succeeding.

From Ford’s Sync system to Mercedes-Benz’s mbrace system, automakers are whipping up some techno-steam. Heck, they’re even talking about having the cars “talk to each other” on the road.

Automakers and others are looking to the day when vehicles talk to each other and to the road, keeping tabs on everything around us and alerting us to threats we aren’t aware of.

In fact, it’s already happening. And even better technology is on the way.

The cloud opens up all kinds of possibilities. Apps, audio technology, GPS navigation, remote control … these are just a few of the innovative technologies we’ve already seen go to market. What will we be seeing 10 years from now? This might be a clue:

Eventually, we’ll see cloud-based apps that work on your car just like they work on your phone. And that’s where things get interesting, because apps could lead us down new roads to greater convenience and safety.

Let your imagination run wild because the automakers are doing just that. You can bet that the next five years of automotive technology are going to be very interesting.