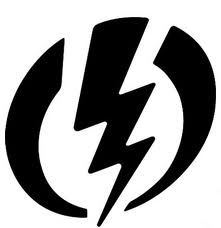 In a continuing effort to support the future of transportation, Austin, Texas is one of seven major US cities to feature Chevy’s new Volt, and a shipment of Nissan Leaf’s is expected soon.  These are new 2011 vehicles.  The city hopes to have 150 of the vehicles in commission by the summer of 2011.  However, concerns regarding the use of electric vehicles still exist, many of which have to do with long charge times and the sparse network of charging stations.

In response to this, many retailers, including Best Buy and Costco, have become dedicated to offering charge stations in their parking lots, so consumers will be able to charge their electric vehicles as they shop.  In addition to these retailers Austin’s city-owned electric utility, Austin Energy, has committed 28 million dollars to creating an infrastructure.  Despite all these efforts, a limited electric vehicle infrastructure exists, and much of the charging will have to be done at home.  With charges taking 3 to 4 hours, owners of the new electric vehicles will need to plan ahead, and on-the-road charges are not quite as easy as gasoline fill-ups.

Electric vehicle consumers will soon be able to rest easy as stronger electric infrastructures are installed in cities throughout the country.  Many consumers are lining up to purchase Nissan Leafs and Chevy Volts, and more electric vehicles are in the works.