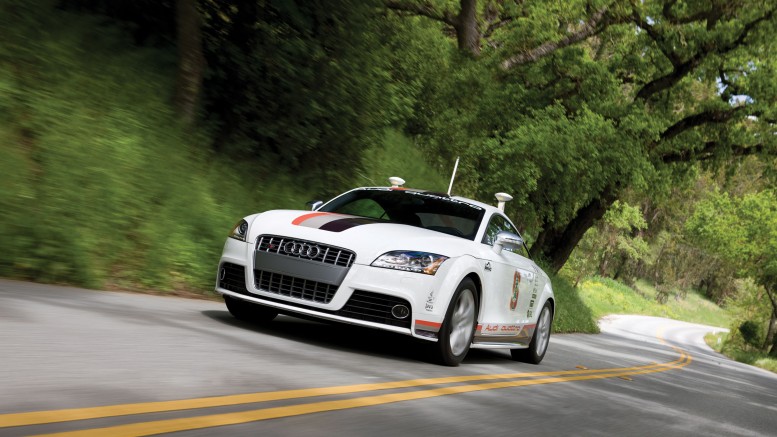 In August 2012, Wired magazine gave mention to Audi testing its autonomous “self-driving” car on the summit of Pike’s Peak. At the time, Google had self-driving Toyota Prius vehicles in it’s testing circuits but aside from that, the idea was still very sci-fi and in application really only incubating.

In an interview published last month by Automotive News, Audi’s technology boss Ulrich Haceknberg proclaims that he expects Audi to have fully autonomous vehicles in serial production within the next 10 years. While 10 years is not that far away, when it comes to advancing technologies this period of time is like an eon.

Along the way though, we will see more and more advanced self-driving features be introduced by all auto makers. As an example, by the end of next year piloted driving will be available on the next-generation A8 meaning the car will drive itself at speeds up to 37 mph on major roadways.