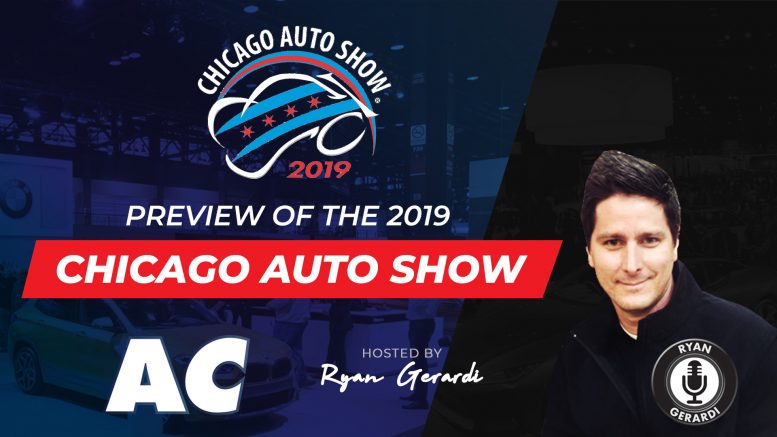 This is video featured in this post is our compilation of interviews and exhibit visits from the 2019 Chicago Auto Show, the nation’s largest attended auto show. The podcast featured was recorded prior to the event.

Brands featured in the video include:

Vehicles featured in the video include:

Thank you to those at the exhibits who assisted at the exhibits and participating in the interviews. Thanks also to the Chicago Automobile Trade Association for supporting our work at the show.

To view the original live streamed interviews, look for the 2019 Chicago Auto Show playlist in the Videos section of the AutoConverse Facebook page.

PS – The three gentlemen who volunteered to be interviewed at the Jeep exhibit were from Prairie Ridge High School in Crystal Lake, Illinois. They were attending CAS Social Media Day courtesy of Porsche as part of a school project.