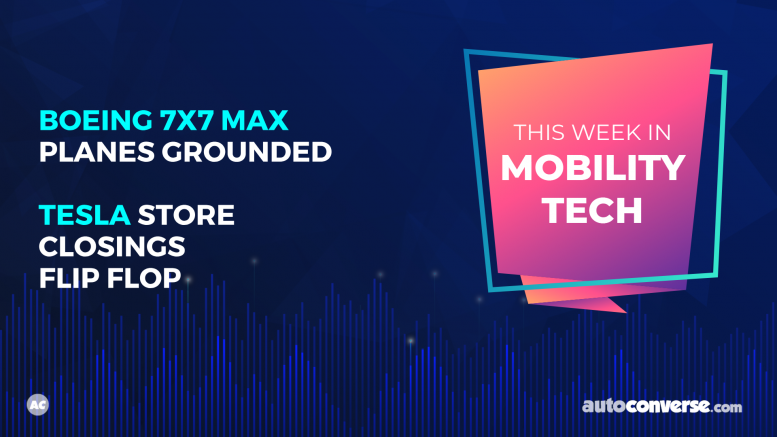 The U.S. joined a growing list of countries in grounding the Boeing 737 Max 8 and Max 9 aircraft, following the crash of an Ethiopian Airlines plane that killed 157 people on Sunday March 10. President Trump announced the decision would take effect “immediately.”

Tesla has reversed its move to close stores, the company announced in a blog post. To keep those stores open, the company says it will raise the prices of Tesla vehicles by 3 percent worldwide on March 18th, except for the $35,000 Model 3, which will remain the same price.

From the Social Web