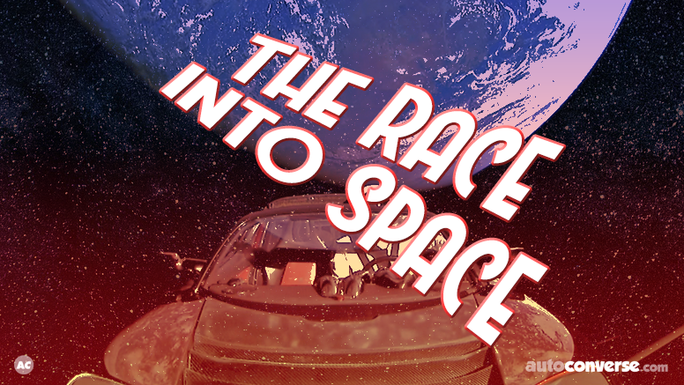 Everything old is new again.  We’ve seen modern reworkings of everything from phones and communication to favorite movies and television shows repackaged, shined up and trotted out as ‘reboots’.  So there’s some symmetry to the revitalized Space Race.

But while the Space Race of years gone by was focused on national superpowers, today’s race is truly a sport of the people.   Space X has emerged as a true leader – and motivator – when it comes to making space travel safer, cheaper and simply more accessible.

When Space X launched their Falcon Heavy rocket at the start of February, millions tuned into the live launch.  Fans were especially happy to see that CEO Elon Musk kept a sense of humor when he set his Tesla Roadster’s dash display to read ‘Don’t Panic’ in a nod to Douglas Adams’ iconic Hitchhikers Guide to the Galaxy. 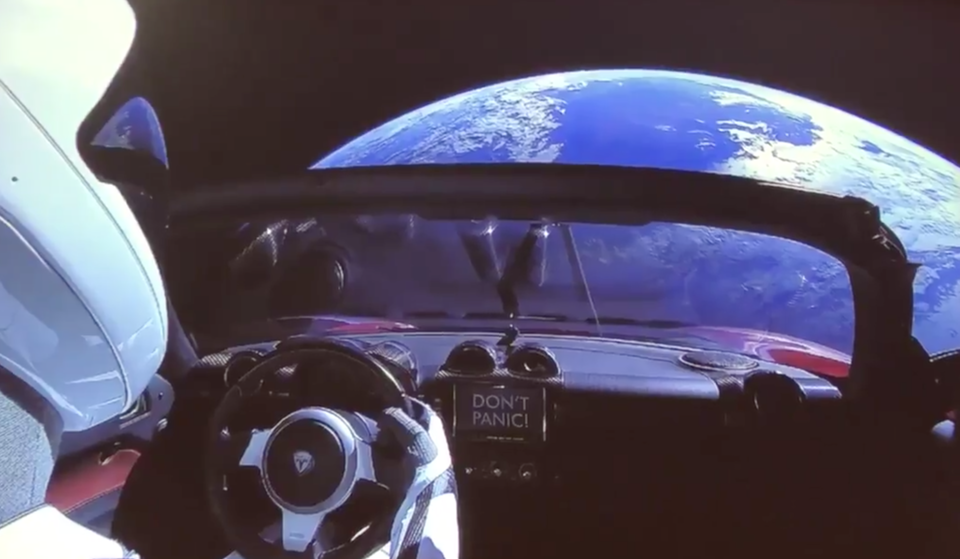 The launch of Falcon Heavy isn’t just for fun, though.  It’s a turning point not only in how the public sees space travel, but also on how its future may be engineered and funded.  The launch of FH makes it the most powerful rocket on record as well as being the first time a vehicle this massive has been launched by a commercial company.

With 27 engines, the Falcon produces an amazing 5 million pounds of thrust during its liftoff.  That translates into enough power to take 140,000 pounds of cargo into Earth’s lower orbit.  Commercially that means the system could be used for satellites and, in terms of travel, it signals the ability to transport passengers.

But if you think this revitalized Space Race will be similar to the race to the moon, you’re mistaken.  When it comes to space travel, Musk’s Space X isn’t out to beat the competition – they’re out to bait them.

When the Boeing CEO said in an interview the company planned to beat Space X to Mars, Musk told him to simply ‘Do it.’ 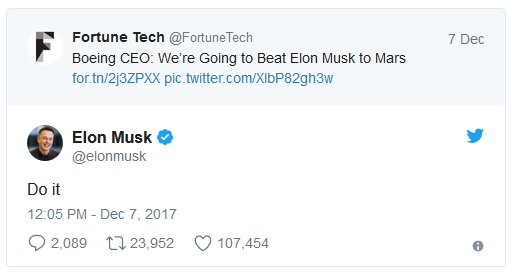 In fact, Musk isn’t shy about inviting everyone into this new Space Race.  Just hours after the Falcon Heavy launched he told a reporter  “I think it’s going to open up a sense of possibility.  We want a new space race. Space races are exciting.”